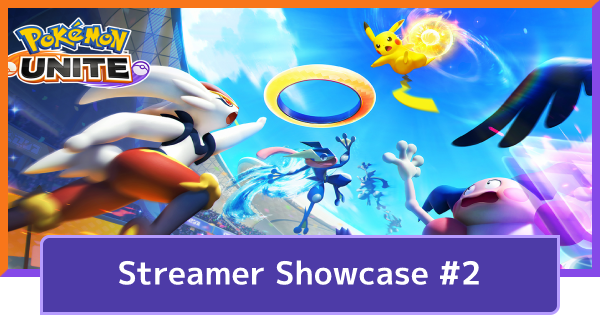 Check out this showcase of Pokemon Unite Twitch streamer aDrive. Find out what Pokemon he plays, useful clips, and more!

Dan (AKA aDrive) is a full-time Twitch Streamer and YouTuber who specializes in all things Pokemon, creating content about Pokemon Unite, Pokemon Trading Cards, and more! If you're a fan of the Pokemon franchise, you'll no doubt find something worth watching on his channel.

When it comes to Unite, aDrive has recently been playing a lot of Snorlax, and Defenders in particular. He often plays in pre-arranged 5-man groups, so you'll be able to see high-quality, organized gameplay on his stream!

In this play, aDrive uses Heavy Slam excellently to crowd control the unsuspecting enemy team who found themselves bunched up near a choke point. aDrive announced his engagement to the team, letting them know to push forward and proceed with the fight.

Of particular note here is how he waited until the enemy Snorlax moved north before jumping in - this ensured he would be able to get his subsequent Block off without a hitch, pushing the enemy Eldegoss and Venusaur into his team, securing the kills.

The build aDrive uses for most of his Snorlax games is a pretty straightforward one. In terms of moves, he opts for the two moves with the most crowd control + teamwork options, Heavy Slam and Block. When it comes to items, he prioritizes defensive stats and HP, adding a Score Shield in to help secure those often crucial late game goals. The addition of the Eject Button goes without saying - being able to extend your range, escape, and perform unexpected plays is absolutely essential.

This is another Snorlax clip from aDrive that showcases his excellent timing and prowess as a Defender. The precise timing of Heavy Slam here allowed his team to engage into a teamfight that turned in their favor. Using the Unite Move as a follow-up also helped in stunning the remaining opponents, while also healing HP & gaining a valuable shield (not only for himself, but for a teammate as well).

The most outstanding part of this play, however, comes later on, when the protracted battle advanced to the bottom lane. Here, aDrive seized the opportunity and made a sudden jump, using the Eject Button to get behind enemy lines after hitting a Heavy Slam, finally following up with a Block that CC'd key enemy Pokemon and secured his team the victory.

aDrive demonstrates his patience and knowledge when it comes to Unite Move timing. Though it would have been possible to use the move right when the battle started, he waited until he saw the enemy team start to retreat, then activated it. The key play here was the use of the Eject Button mid-ult to close the distance and land a massive hit on 3 enemy Pokemon!

Earthquake and Icicle Crash are a great combo that emphasizes crowd control in large, close-quarters teamfights. The Ice Fang build provides more CC on an individual Pokemon, but this one has more potential in organized 5-man groups. The items here are standard, with the Muscle Band being used to help trigger Mamoswine's 3rd auto attack stun more frequently.