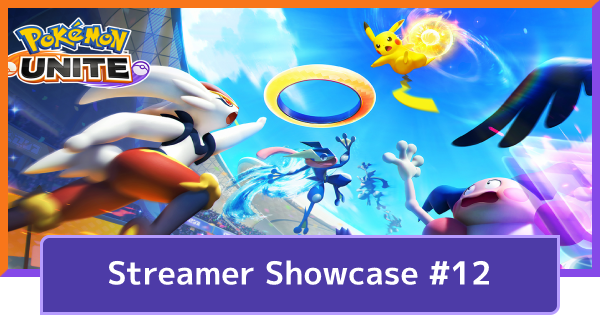 Gameplay review of Pokemon Unite Twitch streamer & Youtuber DeeDoesPlays. Find out what Pokemon he plays, his best builds & moveset pick, how to top in rank matches, tips and more.

DeeDoesPlays is a streamer who likes to play competitive games like Pokemon Unite, Forza Horizon 5, Subnautica, Halo Infinite, Pokemon Masters, and more! He can play plenty of different Pokemon, but his current main Pokemon is Mr. Mime. He plays mostly as a supporter and defender on his team. Check out his streams for tips & builds to win ranked matches!

DeeDoesPlays's is part of the so-called Spoopy Squad that focuses on sharing "The Four C's", which are Community, Compassion, Comprehension, and Competition. Their squad mainly focuses on providing wholesome content to their viewers while playing their favorite video games.

DeeDoesPlays tried his best to defend their ally goal zone in the bottom lane against Gardevoir who is trying to score last-minute during the crucial moments on the final stretch. The enemy team's tower has been wiped out and if Gardevoir had successfully scored, the tables might have turned against DeeDoesPlays' team who currently has the upper hand at the moment. Despite being under-leveled and at odds with the enemy team's whopping LVL 15 Gardevoir, DeeDoesPlays used Mr. Mime's Barrier to prevent his opponent from getting near. He used Confusion to follow this up with a knockback effect that deals damage and left its opponent unable to act for a short time. This gave DeeDoesPlays enough time to pressure his enemy's HP pool to the brink and ultimately knock it down finally before it can be rescued by the opposing team's Dragonite.

Goals Guide
How To Block A Goal

Both teams struggled to capture the Wild Boss Pokemon, Articuno, during the Final Stretch. This can ultimately secure DeeDoesPlays' team a win as their team already destroyed all the enemy goal zones. DeeDoesPlays timing and placement with Mr. Mime's Barrier move was able to prevent their opponents from their tracks especially with Cinderace momentum during the team fight. DeeDoesPlays followed through this with Confusion to further disable it in battle and barrage it with normal attacks along with his ally team's attacker, Gardevoir, that knocked it down. They proceeded upwards and stopped the enemy team's Venusaur from its Petal Dance. DeeDoesPlays was able to stun it with Confusion, making it vulnerable to burst damage from both Mr. Mime and Gardevoir. As the enemy team's Venusaur HP pool lowered, it tried to flee at the last minute and DeeDoesPlays used Mr. Mime's Barrier to stop it from escaping the area, eventually getting knocked down in the process.

You can also check out for more builds with Mr. Mime on our guide below!

DeeDoesPlays was able to fend off a charging enemy Greninja from scoring in the bottom lane's goal zone with Mamoswine's Ice Fang that froze it briefly from its tracks, dealing damage in the process as it gets slammed in the ground. DeeDoesPlays used High Horsepower to push it away, freezing the goal zone thus slowing the scoring charge should the opposing Greninja force itself to score last minute. With the severe damage it received from DeeDoesPlays' Mamoswine, the ally Tsareena was able to knock it down completely as it tried to flee the scene to save itself.

Catch DeeDoesPlays on his weekly streams! You can check his social media accounts for more gameplay videos and Pokemon UNITE content. Have fun watching him and don't forget to give him a shoutout in the comments below!