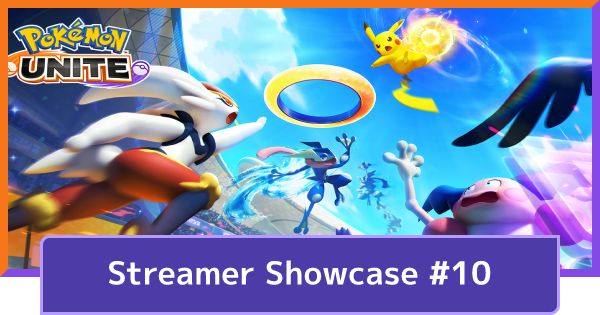 Check out this showcase of Pokemon Unite Twitch streamer TeamAmerica. Find out what Pokemon he plays, useful clips, and more!

PJ (AKA. TeamAmerica) is a Twitch Streamer known for playing Pokemon Unite and Hearthstone. He is known for using All-Rounder or Attacker roles and can dominate the match solo.

Check out TeamAmerica's streams if you want to know how to play solo on Master Rank!

It must have been nerve-wracking to attempt to protect the goal 2v4 when some of your enemies are tanks and are higher-leveled, but TeamAmerica shows true courage with Venusaur here in this clip! Good Unite Move timing to deal massive damage to opponents, excellent use of Giga Drain to heal HP, & good utilization of Petal Dance to deal damage to surrounding opponents while decreasing the other move's cooldown.

TeamAmerica's gameplay here shows us a great way on how to defend a goal during the middle stages. He uses the Eject Button to get the Sitrus Berry faster before his enemies can even get a chance of stealing it. Then, when HP levels got dangerous, he would keep his distance while staying in his lane to prevent enemies from getting closer, while also using Giga Drain to heal HP to avoid being KO-ed.

TeamAmerica knows how to be a good team player here as he aims his ult at an area that can hit as many enemies as possible. Then, he makes it a point to stick close to his allies (especially his Defenders) to avoid getting KO-ed during such a critical moment!

TeamAmerica put Dragon Dance to good use here in this clip as he showed us how useful it is in dodging attacks from enemies! If it wasn't for this move's excellent execution, he would have probably gotten KO-ed before having a chance to escape and wait for backup. Special mention to his teammate Wigglytuff on that good assist as well!