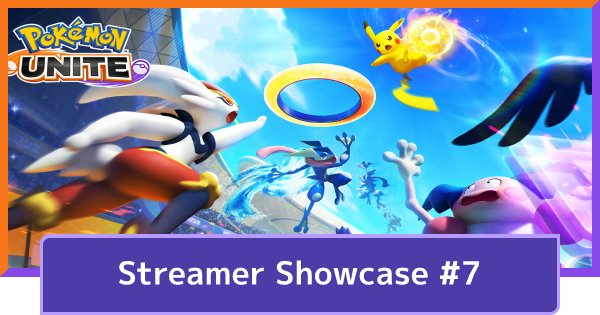 Check out this showcase of Pokemon Unite Twitch streamer zugrug. Find out what Pokemon he plays, useful clips, and more!

TTVzugrug is a Twitch Streamer who plays Pokemon Unite, Heroes of the Storm, World of Warcraft, Hearthstone. Zugrug can play different Pokemon but he mainly uses Support or Defender type Pokemon, like Mr. Mime and Blastoise on ranked matches.

Check out zugrug's streams if you want to know how Supporters & Defenders assist the team in ranked matches.

Others may have fleed for their HP's sake when faced on a 1v2 and a swarm of startled Combees, but not Zugrug! Zugrug's great use of Mr. Mime's Barrier and Confusion combo had bought his ally Decidueye some time to get near and KO their fleeing Venusaur opponent. Wigglytuf's HP was also pressured almost to the brink of being knocked out if it wasn't able to escape.

During the Final Stretch, Zugrug successfully blocked the enemy team's Lucario from scoring in the goal zone at the bottom lane with his Unite Move. He then proceeds to use the Confusion and Barrier combination to prevent the enemy Lucario from escaping and ultimately knocking it down. Scoring a goal during the Final Stretch is important as scores will be doubled, and defending it can be difficult especially when your opponent is a higher level Lucario that excels in the late stages. So plus points for Zugrug's Mr. Mime who was one level lower than his opponent but still managed to secure a knockout. What a feat indeed!

Zugrug's Mr. Mime got pressured during the Zapdos clash and we thought he would get knocked out! But his great placement of Barrier had blocked the enemy team from fleeing as his ally Decidueye proceeds to use its Nock Nock. Enemy team Greedent and Greninja were neither able to counter attack nor did their Wigglytuff support able to use its buffs. Zugrug really made sure to support his team first before heading back to base to recuperate from the heavy damages Mr. Mime had dealt with in the process to secure Zapdos.

By equipping Focus Band, Score Shield, and Buddy Barrier, Mr. Mime raises its Defense and HP which helps to avoid being KO-ed easily by the enemy team while setting up an opportunity to strike back.

Zugrug's chosen moves are also good for setting up an ambush or used as an obstacle to their opponents.

Zugrug's great timing with Blastoise's Surf and Unite Move has effectively pushed back the enemy team from reaching the upper route to Rotom, knocking out two opponents. This has given their team enough time to successfully capture Rotom.

As Zapdos appeared during the Final Stretch, Zugrug's ally team proceeds to capture it. Zugrug used Blastoise's Unite Move to prevent the enemy team from getting near the objective and protect his teammates. The enemy team's Crustle was KO-ed immediately with the help of his team's Venusaur, while his ally Decidueye had stopped the enemy Zeraora from stealing the last hit from Zapdos. Once the area was safe, Zugrug then proceeds to guard the entrance and used Surf to stop Alolan Ninetales from entering, KO-ing it in the process.

Zugrug also uses Surf / Hydro Pump combo to push and stun opponents near his allies to KO them, or get them away from the team to get a chance of escaping an impossible battle.