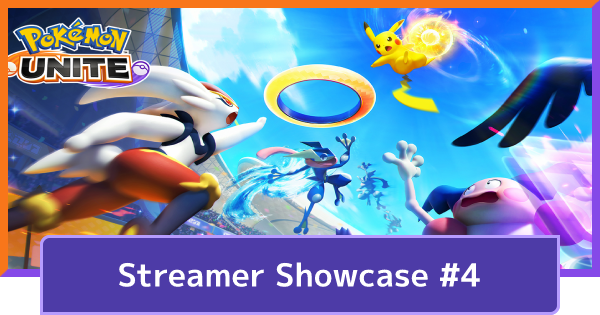 Check out this showcase of Pokemon Unite Twitch streamer CrisHeroes. Find out what Pokemon he plays, useful clips, and more!

CrisHeroes is a professional player & streamer from Berlin, Germany. Aside from Pokemon Unite, he also play Lost Ark & Genshin Impact. CrisHeroes is a jack of all trades when it comes to Pokemon roles & uses a variety of Pokemon like Lucario & Absol to name a few.

Check out CrisHeroes' vvideos as good and high quality gameplay references if you're curious about how professionals play MOBA games.

Great Unite Move timing can be seen in this clip as it was used to chase down and distract opponents while helping allies to score in some points. Great teamwork with Lucario and later, Zeraora.

Rotom is a boss Wild Pokemon and is an important objective in Unite as it causes all scoring to be instant, removing the required cast time. As with all objectives in this game, the last hit is what makes the difference. This clip shows us that CrisHeroes played his role well as he uses Absol to defend Rotom by KO-ing opponents nearby to prevent them from getting the last hit. This gave his allies the chance to focus on Rotom.

Another good play here by CrisHeroes as he shows us how to separate opponent teams to gain the advantage of capturing Zapdos in the final stretch. He lures them into thinking that he is trying to score a goal, then proceeds to attack them midway to prevent them from going back to the teamfight. Despite being at an HP disadvantage later on, he still manages to pull off KO's with ease.

CrisHeroes used Razor Claw & Scope Lens to improve his attack & critical damage - both very much needed for Speedster Pokemon. He also used Buddy Barrier to gain a shield when using his Unite Move during crucial situations to help him gain the upper hand.

Good Lucario play here as CrisHeroes used his Unite Move to deal massive damage on his opponents first, then used his moves & attacks simultaneously to eventually KO them all and capture Zapdos in the process.

Another good strategy to prevent enemies from getting the last hit on Zapdos is to ambush them as soon as they enter the area. Good teamwork is shown here as they eventually wiped out the entire enemy team together - not even giving their opponents a chance at getting close to Zapdos. This led the opposing team to surrender at the end.

CrisHeroes' Lucario build consists of a Muscle Band for improved attack, Focus Band for a better defense, & Buddy Barrier to get a shield every time he uses his ult.

Extreme Speed helps him chase opponents down & can be used more than once as long as it doesn't hit opponents twice. This can be very useful in teamfights. Bone Rush can also be used to chase down opponents while dealing damage in the process. When upgraded, it also restores the cooldown of Extreme Speed or Power-Up Punch.