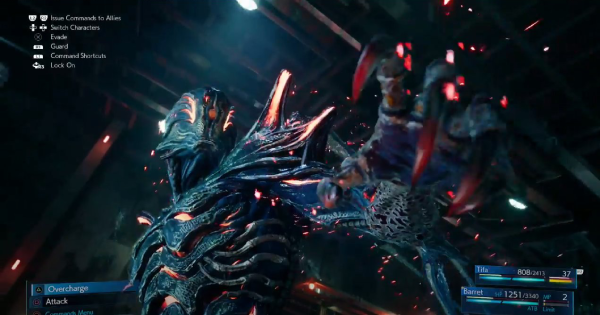 Check this Final Fantasy 7 Remake (FF7 Remake, FF7R) boss guide on how to beat Failed Experiment. Including moves, weakness, resistances, how to defeat, and more!!!

Failed Experiment will be accompanied by several Unknown Entity fodders through out the fight. Focus on taking these out first before engaging the Failed Experiment. When it uses Rally, more fodders will spawn in.

Unknown Entity can cast Thunder spells on the Failed Experiment to heal and charge up a devastating AoE attack. Try to take out the Unknown Entity before the can utilize them.

After being powered up by the Unknown Entities' electric attacks, the Failed Experiment will discharge a devastating barrage of energy balls. Keep your distance when you see it charging up, and try to weave between the electric balls.

Failed Experiment utilizes powerful thunder attacks along with physical melee attacks. It would be wise to amp up on Thunder Resistance before the fight.

On the other hand, these creatures are both weak against Ice attacks. Use them to your advantage.

Rack Up Damage For An Opening

Failed Experiment will fall to its knees when enough damage is dealt to him. Use this chance to focus your fire and deal as much damage as possible, or use this time to heal up.

Damage Its Appendages For Weak Spot

Focusing your fire on the Appendages on its back can open up its weak spot, making it far more easier to stagger. Use Barret's ranged attack to pick this part off.