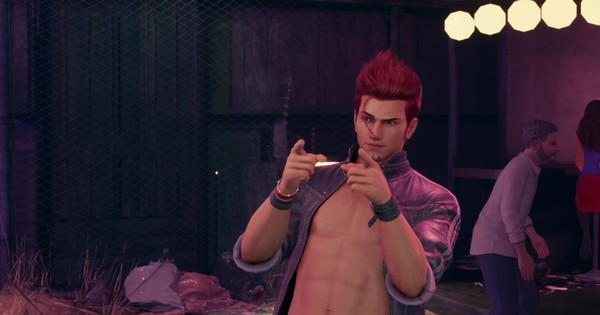 Check out dialogue option: Agree With Vagabond Johnny or not in this Final Fantasy 7 Remake (FF7 Remake, FF7R) Guide! See what Johnny's dialogue presents and the result of choices!!!

Check out All Choices Guide & Differences They Make here!

You'll discover Johnny on your way to the Corneo's Mansion. Should you choose to follow him, you can initiate dialogue. Johnny will ask your opinion regarding the Honey Bee Inn.

Check out Ch 9: The City That Never Sleeps Guide here!

Agree With Johnny - Yes Vs No Results

It is currently unclear what exact effect Sam's coin toss has on the subsequent quests. We are still in the process of investigating this.

Your Answer Might Influence Which Odd Jobs You Get

How you respond to Johnny might play a hand in determining which Chapter 9 odd job route you go down. See below for a detailed explanation on how your interactions with Johnny could possibly affect the route.

Check Out All Odd Jobs (Side Quests) List & Rewards here!

That being said, in the chart below you can see two separate playthroughs we underwent where the routes diverged and the only difference was the massage we chose at Madam M's. (The answer to Johnny was "No" in both cases.)