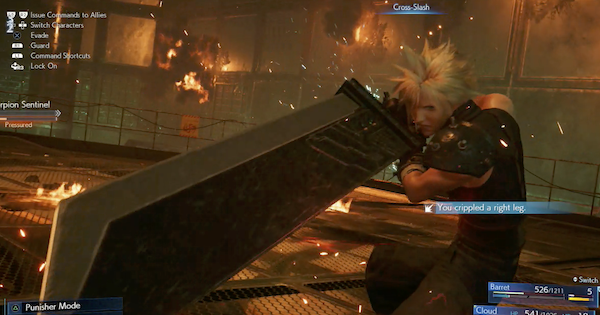 Read this guide on limit breaks in Final Fantasy 7 Remake (FFVII Remake, FF7 Remake)! The guide includes limit break effects, how to unlock, & how to charge the gauge & use them!!!

How To Use Limit Break

Fill Limit Break Gauge To Use

How To Charge Limit Break

You can unleash a Limit Break by opening the command menu with the O button & selecting "Limit". Note that the word Limit won't appear on the menu if your Limit Gauge is not full.

▲ Select "Limit" to use your character's Limit Break.

How To Unlock Other Limit Breaks?

Other Limit Breaks for characters can be unlocked later on in the game. Once you reach the Corneo Colosseum Battle Challenge in Chapter 9 for Cloud and Aerith and Chapter 14 for Barret and Tifa, you'll be able to get their respective 2nd Limit Breaks.

Battles that involve multiple fights in the Corneo Colosseum and Shinra Combat Simulator resets you Limit Break gauge after every fight. With this, use your Limit Breaks without worry as they will just reset once you reach the next fight!

How To Charge Limit Break Gauge

Your limit break gauge will charge every time you get hit by an enemy. The higher the damage, the more the gauge fills up.

You can also go on the offensive by relentlessly attacking the enemy until it staggers. Staggering increases the damage that an enemy takes and also charges up your Limit Break gauge!

Check Out How To Stagger Here

Aside from taking damage, you can also use Accessories that can help you gain more charges for your Limit Breaks. Try to seek them out so you can quickly use Limit Breaks in battle!