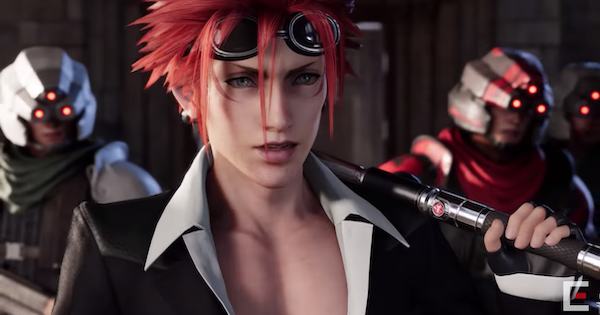 Check Out The Chapter 8 Full Walkthrough

Dashes And Dodges Your Moves

Reno will swiftly dodge many of your basic melee attacks, so instead of swinging wildly, it's better to wait for an opening to attack. Wait until after he uses a spell to hit him. Avoid using magic in general, as it won't increase his stagger bar much.

Punisher Mode simply works better for this fight, as that mode allows Cloud to counterattack vs. melee and deal heavier damage.

At a certain point in the fight, Reno will summon many electric sparks around himself. Take these out first before going back to Reno! They will provide a respite from his incessant dodging, so you can fill up your ATB gauge as well.

Reno counterattacks your melee attacks, dealing damage to you and knocking you down. This can be frustrating to deal with, but just keep getting back up.

A flurry of punches unleashed from in front of him, finished off with a kick that knocks you back a bit.

A fancy series of kicks he does from his front. Will knock you down.

Reno charges a ball of electricity for a few moments and then fires it at you. He is susceptible to damage while charging, but if you close the distance you won't be able to dodge it in time. The move will also paralyze/stun you for a moment! It is often followed up with the next move:

Reno lashes at you with a strike of electricity, dealing damage and knocking you back.

Attack Through His EM Shot Cast

By following our above Materia setup, you'll be immune to many of Reno's moves. When he charges up his EM shot, you'll have a window where you can wail on him while he's busy preparing a move that will do no damage to you. Take the fight slow and guard (or Counterstance) through his melee moves and you'll be okay.

Triple Slash Against The Mines

Using Triple Slash on the mines will let you take them out with relative ease. Use them to build up ATB as well.

For defeating Reno on hard mode, you'll get the Art of Swordplay Vol. VII, which gives SP to Cloud.