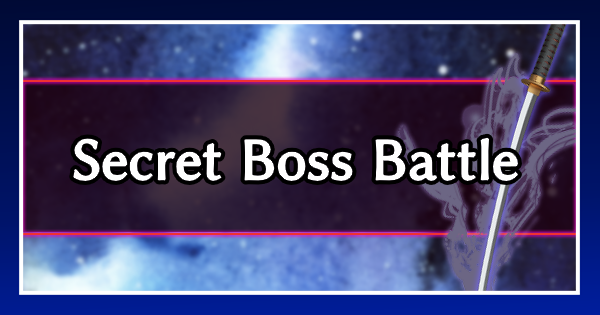 Check out this Final Fantasy 7 Remake (FF7 Remake, FF7R) secret boss fight guide on how to beat the Pride and Joy Prototype. Know how to unlock, weaknesses, resistances, & how to defeat!!!

Video Guide On How To Beat Secret Bosses

How To Unlock Secret Boss & Rewards

To complete Corneo Coloseeum, remember to also clear all of Aerith's matches in Chapter 9. You can access the available fights after you have beaten the Hell House.

Pointers & How To Prepare For The Secret Boss

Make Sure To Bring Aerith!

In order to reach the secret boss, you will need to fight all of the 5 summons in a series of battles. And in order to last until the end, you will need the support & healing skills of Aerith to survive. For offensive power, go with Cloud & use Barret to deal with Leviathan.

Equip Revival Earrings Before Going In

Revival Earrings are a must-have during this fight. As you cannot use Phoenix Downs & items to revive teammates, getting caught in Bahamut's Mega Flare can wipe out your whole team. With this accessory, your team can withstand team-wiping moves once. You can buy this in shops for 500 gil.

At Weapon Level 6, you'll unlock the weapon skill Reprieve (only on some weapons). This ability will allow you to survive survive one hit from any attack once per fight. This will allow you to live through Mega Flare (provided you don't die earlier in the fight!) If you choose this option, consider equipping more offensive accessories instead.

Max Out Your AP

The fight to the secret boss in the FF7 Remake is undoubtedly the hardest challenge in the game. In order to beat it, it is recommended that you get all of your Materias maxed.

Check Out How To Max Your AP Here!

How To Beat Pointers!Check Out The Shiva Boss Guide Here!

Using Fire magic against Shiva quickly fills up her stagger bar. Use it to induce Stagger & use the opportunity to deal heavy damage. Prepare your Limit Breaks for this chance.

Immune When With Frost Familiars

Shiva can call 5 orbs, Frost Familiars, to guard her. While these orbs are present, Shiva is immune to any elemental damage, especially from Fire.

▲Hits all characters with 4000 damage

How To Beat Pointers!Check Out The Fat Chocobo Boss Guide Here!

The Fat Chocobo's attacks are slow and takes time before it executes it. Whenever you see it charging up for an attack, evade or use guard to withstand the damage.

The floating Moogle accompanying the Fat Chocobo can summon other units using "Fingers crossed, kupo!". The summoned units have low HP, so deal with them as fast as you can as they can be a nuisance during the fight.

Watch out for the Fat Chocobo's "Kewh Kewh" as it can deal massive damage if you are caught unprepared. It's a special attack composed of 5 rolls and 3 bounces, making it hard to evade so use Guard instead.

How To Beat Pointers!Check Out The Leviathan Boss Guide Here!

Almost all of Leviathan's attacks are magic-based and can hit large areas in the battlefield. Equip a Magnify Materia on your party's healer to counter the Leviathan's attacks. Barrier Materia also helps as it allows you to reduce the damage taken.

With Spinning Dive, Leviathan will fly across the battlefield, making it untargetable with melee attacks. The only thing that can damage it while doing this move are Barret's normal ranged attack and magic. Equip Lightning Materia on your melee fighters so that they can attack whie Leviathan is in the air.

Attack With Melee When Using Briny Below

Leviathan will be very vulnerable to melee attacks while using Briny Below. Take advantage of this opening and get Cloud or Tifa next to it to deal large amounts of melee damage.

Tidal Wave is Leviathan's ultimate move. It cannot be dodged and it deals a significant amount of damage to the whole party. Try to heal up once it starts to cast this move. You can also prep with Manawall to reduce the damage.

How To Beat Pointers!Check Out The Bahamut Boss Guide Here!

Use Manawall Against Mega Flare

Once Bahamut's countdown reaches 0, it will unleash its ultimate move, "Mega Flare". If caught unprepared, this move will wipe out your whole party so use Manawall to guard against it. For better results, add a Magnify Materia into the mix.

Revival Earrings For The Win!

Still having the Revival Earrings during this battle makes it a lot easier as you can survive a direct hit from Mega Flare. This increases your odds of surviving through the whole ordeal and reaching the final secret boss.

Once Bahamut's HP gets halved, Ifrit will appear to join the fray. While Ifrit is not that formidable and its HP is not that high, getting hit by both of them at the same time can end your run. Try to keep them apart and defeat Ifrit as soon as possible!

Use Limit Break Against Ifrit

You should prioritize defeating Ifrit first once it appears. Try to save your Limit Breaks for it and pour everything on Ifrit to quickly dispatch it.

How To Beat Pointers!

Dodge Or Guard Against Beam Cannon

Pride and Joy Prototype opens the fight with a Beam Cannon. Getting directly hit by it chips off a huge chunk of your HP so guard or evade it by dodging to the sides once the battle start. If unfortunately you still get hit, revive with the 2 remaining characters.

Pride and Joy Prototype is very weak against the Thunder element. While using Thunder-based attacks is the way to go, saving MP for when a character gets caught is recommended. A grabbed character will die if left alone, so use your magic attacks to destroy the right arm!

Check Out The Lightning Materia Here!

Go Around & Attack From Behind

Take advantage of the boss' slow turning speed and movement speed by relentlessly attacking it from behind. Destroying both of its feet staggers it so try to concentrate on hitting its parts.

Pride and Joy Prototype has 4 different parts that you can hit and destroy (Right Arm, Left Arm, Right Leg, Left Leg). Hitting them fills up the Stagger gauge so try to hit its easily reachable legs when you can!

Pride and Joy Prototype's only ranged attack is Beam Cannon. Try to keep it busy by using melee characters to hit it relentlessly. This also results in leaving Aerith free to revive fallen teammates as the boss' aggro is on the melee attackers.

I'd recommend equipping Max Elemental-Fire on your melee fighter's armor. That way you can not only ignore Ifrit and focus on Bahamut, but he'll also keep healing you with his attacks. This combo saved me during that fight.

Finally beat it thanks to this guide!!! 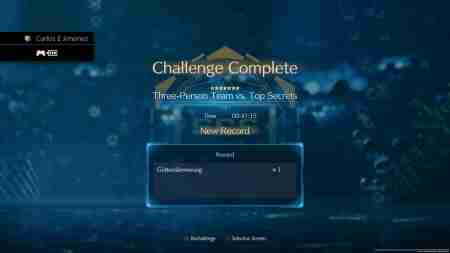 Aeriths planet protection should be used instead of healing wind. It’s the only thing guarantees the survival of mega flare.

It says to use magnify on barrier with aerith...then “leviathan uses AoE so counter with magnify heals”.. theres only one magnify. :/

You can't use items in hard mode.
"Use Smelling Salts or Bandana to nullify the Sleep status."