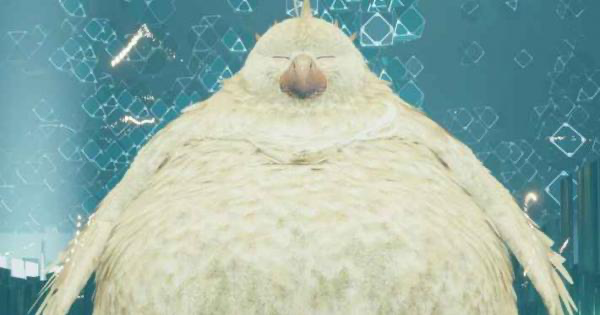 Check out this Final Fantasy 7 Remake (FF7 Remake, FF7R) boss fight guide on how to beat the summon Fat Chocobo. Includes moves, weaknesses, resistances, how to win the fight, and more!!!

How To Beat Fat Chocobo

Get Used To Its Slow Attack Motion

If you are used to the fast paced battle, you might have hard time adjusting to Fat Chocobo's slow attack motion. Watch its move carefully and dodge or guard its attacks.

Moogle besides Fat Chocobo summons enemies by using special move called "Fingers crossed, kupo!". Those enemies tend to have lower HP so eliminate them first so that you can focus on attacking Fat Chocobo.

Fat Chocobo's special attack "Kewh kewh" rolls around 5 times and bounces 3 times consecutively. Since it's hard to dodge, guard the attack to reduce your damage.

When moogle feeds Fat Chobo by using "Eat up, kupo!", Fat Chocobo will eat the vegetable and use the special move "Kweh kewh!" mentioned above. Heal your HP if you are running low.

Moogle summons 3 monsters at maximum. There are 5 types of enemies and some are beneficial to your allies so check the table below to learn how each of them effect your battle.