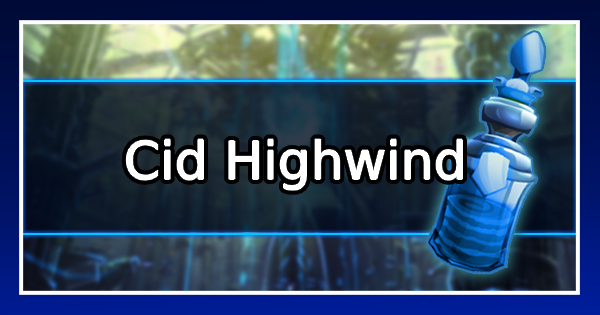 Cid was one of the playable characters in the original Final Fantasy VII. Hotheaded yet talented aircraft mechanic, he commands an airship Highwind, which the party later gains access with the help of Cid.

Does Not Appear In FF7 Remake Yet

Although being a recurring character (or rather his interpretation / incarnation per title) in the Final Fantasy franchise, Cid has yet to make an appearance in the FF7 Remake as of its initial release. There is a very good chance this character will debut along with other hinted characters like Cait Sith in the following release.

Cid Highwind is characterized as a hot tempered, foul mouthed, bitter man of science and craftsmanship. He used to affiliate with Shinra using his expertise in aeronautical technology for experiment for Shinra to expand to space. A certain event following his experiment under Shinra ultimately sets him departing the partnership.

Captain Of The Airship Highwind

Cid, literally in term being a rocket scientist, owns an aircraft named the Tiny Bronco, and later deemed commander of the airship Highwind, which becomes Avalanche's mobile base of operation. The airship acts as a means of transportation, Cid's Limit Break, and serves an important role in the latter half of the original story.