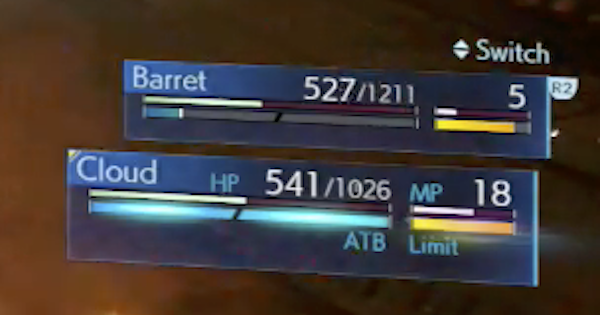 Read this guide on Final Fantasy 7 Remake (FFVII Remake, FF7 Remake) and learn how to fill and use ATB gauge. The guide includes tips on how to fill ATB gauge fast and more!!!

How To Use ATB Gauge

In order to use Abilities, Spell, and Items in Tactical Mode (menu that pops up by pressing O button) during the battle, you need to charge ATB gauge. There are two ATB gauge bar & 1 ATB gauge will be consumed when you used any of them once.

Things You Can Do By Consuming ATB Gauge

Limit Break Does Not Consume ATB

It is notable that Limit Break does not require any ATB gauge.

Some ability such as Barret's Focused Shot spends all of the ATB Gauge you've charged.

How To Fill ATB Gauge Fast

ATB gauge charges automatically as the time passes. However, you can charge the gauge more effectively by attacking and guarding enemy's attack. Our recommended way is to guard enemy's attack and strike back when your ATB gauge is filled.

Some character's unique ability such as Barret's Overcharge (press △ to activate) fills ATB gauge faster. Strategically use it to this move to charge ATB fast.