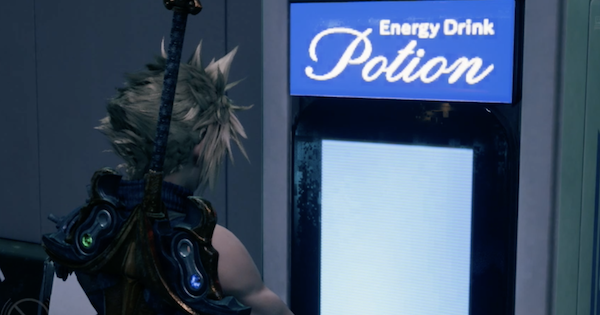 Check out this guide on gil farming in Final Fantasy 7 Remake (FF7 Remake, FF7R)! Get to know locations and monsters to beat to get gil, items to sell, how to use gil, and more!!!

The best way to increase the resulting Gil out of enemy encounters is to use and equip the Gil Up Materia as it doubles the gil rewarded after every battle. Using Materia's such as Magnify and First Strike also helps as it significantly reduces battle times, allowing you to replay & farm.

Although the gil obtained after winning fights is unchanged regardless of difficulty, enemies are definitely far more easy to beat on Easy Mode. Change to this difficulty if you want to save time.

Use Steal Materia To Get Items

Equip the Steal Materia to use the Steal move, allowing you to acquire items from opponents. Use this whenever you encounter normal mobs or bosses as they might be hiding a valuable item that you can sell later.

Check Out All Materias Here!

Get Steal Materia From Chadley

You can buy the Steal Materia from Chadley under his Chadley's Secret Research Shop. You first have to unlock it by doing Battle Intel Report No.7's objective: exploit enemy weaknesses 15 times.

How To Farm Gil In Early Game

The Training Room in Chapter 4 of the game has a Training Center that you can use to farm an unlimited amount of EXP, AP, & gil. You can find the Training Center just around the corner of the vending machine in S7-6 Annex, before you sneak into the base.

First Strike Materia can be had after completing Battle Intel Report #3 from Chadley. It allows you to have more ATB at the start of the battle, allowing you to perform a Triple Slash to hit all targets in one go without requiring you to move to each of them.

What Is The Training Bonus?

The Training Bonus is the extra gil that you get from defeating all of the Sentry Rays. You get 100 gil for for it.

Get Gil From Quests

Although they can only be done once, these quests provide you with a substantial amount of gil during the early stages of the game. Try to complete them so you can get gil for stronger items and equipment.

In the Coliseum, you can do battle against a gauntlet of enemies to earn XP & gil. You can do this as many times as you want. Your party can also sell the rewards for extra gil. You can access the Coliseum in Chapter 14 of the game.

Almost all of the enemies in this fight are weak against ice and wind. Equip Elemental + Wind and Magnify + Ice to breeze through the fights.

Get Gil From Quests

The Waste Recovery Discovery quest allows you to get up to 4 AI Cores from the Air Buster. You can sell them for 500 gil each.

There are 2 Cutters in this fight and both are weak against Lightning. Equip your team with the Lightning Materia to quickly deal with them. Adding in Magnify and Elemental Materias into the mix can also make the battle easier.

No Sidequests That Reward Gil

Unfortunately, Chapter 14 of the game does not have any side quest or odd job that rewards gil.

Where To Use Gil (Money)?

Gil is mostly used to buy new weapons, equipment, and items for your party. Try to invest in your team's loadout so you can tackle threats and difficult challenges ahead. Also, try to get yourself stocked with recovery items.

You can spend money to redistribute your weapon's SP. You can do this by paying Chadley some gil to reset your Weapon's SP allocation.

The Price of Thievery side quest enemy Grungy Bandit has a stealable Champion Belt that's worth 5000 gil. He is a respawnable enemy in Ch. 14 .