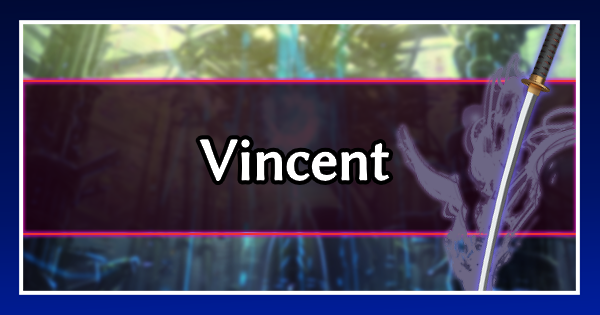 Vincent Valentine is an optional recruitable character in the original Final Fantasy VII. He can be recruited by Cloud and his team by mentioning their quest to fight against Sephiroth.

Does Not Appear In FF7 Remake

Although being a recurring character (or rather his interpretation / incarnation per title) in the Final Fantasy franchise, Vincent has yet to make an appearance in the FF7 Remake as of its initial release. There is a very good chance this character will debut along with other hinted characters like Cait Sith in the sequel.

Vincent was a former Shinra bodyguard assigned to Hojo's team. He eventually found himself in unfavorable circumstances causing Professor Hojo to experiment on him, giving him immortality, superhuman strength and abilities.

In the original game, Vincent can be convinced to join the party by mentioning Sephiroth's name. As Vincent is directly connected to the parents of Sephiroth himself, and to put his past sins to rest, he then opts to join the team in their adventures.

Protagonist In Dirge Of Cerberus

A spin-off game, Final Fantasy VII: Dirge of Cerberus focuses on Vincent's adventures and the eventual birth of the main antagonist, Sephiroth. The game takes a different direction, presenting itself as a 3rd-person shooter with RPG elements.