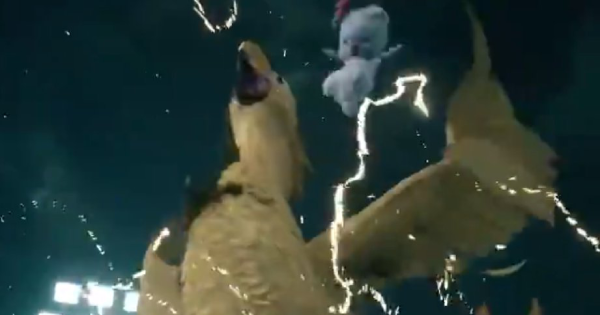 Learn about the Chocobo & Moogle Summon Materia in Final Fantasy 7 Remake (FF7 Remake, FF7R)! Includes how / where to get (how to get Materia in fan), effects, usage and more!!!

How to Get Chocobo & Moogle Summon Materia

Found In Chapter 6 Behind Ventilation Fan

You may find the Chocobo & Moogle Summon Materia during Chapter 6. This item can be seen behind a grate when you first shimmy across the roaring ventilation fan, which requires extra steps to reach.

Beat Enemies Within 1 Minute & Use Console To Reach Materia

Can Be Retried If Time Runs Out

If you aren't able to complete the timed battle on your first try, you can always re-interact with the console & try again.

Proceed Through The Locked Door To Get Chocobo & Moogle Materia

Once you successfully completed your timed battle, enter the locked doorway to find yourself behind the stopped fan. Proceed further in to grab the Chocobo & Moogle Materia.

What Is Chocobo & Moogle?

Two of Final Fantasy's iconic character, Chocobo and Moogle will both appear to assist you on your combat once you summon them. Their special move is "Stampede", in which they literally overwhelm the area with herds of Chocobos running down their foes before exiting the fight.

Video Of Chocobo & Moogle In Action

They might look cute and innocent but Chocobo and Moogle have no problem charging into battle! #FF7R pic.twitter.com/MTUy5HsZ4t