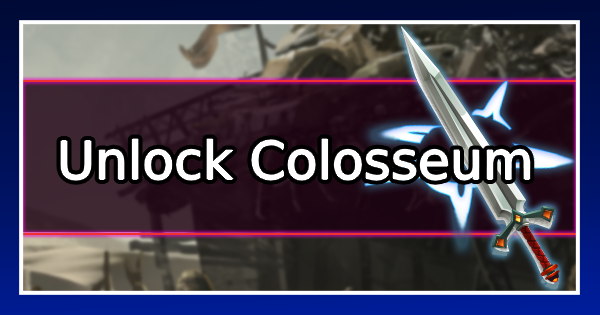 Read this guide on how to get back & challenge the Colosseum in Final Fantasy 7 Remake (FF7 Remake, FF7R). Including how to unlock each character battle, and more!!!

How To Challenge Colosseum

This facility found in the Wall Street in Chapter 9 will put you and your party up against a set battle challenge for great rewards, including new Limit Break moves for each character.

Find Out More On Chapter 9

In the Colosseum Battle, not only will you not be allowed to use any Items between several matches, but only specific character may challenge each battle. These available battles will increase as you play the story.

Find Out More On Corneo Colosseum

How To Unlock Character Specific Battles

The Colosseum battles will not be available at first, and will be unlocked later on in game as you progress the main story.

The Colosseum battles for Cloud and Aerith will be available from Chapter 9, after defeating the Hell House boss.

Find Out More On Chapter 9 Here

Later on when you return to Wall Street in Chapter 14, new battle for Cloud, Barett and Tifa will be available for you.

Find Out More On Chapter 14 Here