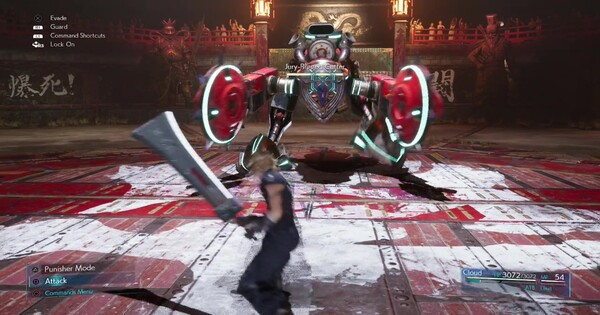 That being said, in the chart below you can see two separate playthroughs we underwent where the routes diverged and the only difference was the massage we chose at Madam M's.

How To Beat Jury-Rigged Cutter

Jury-Rigged Cutters are weak against Lightning. You should have one on you, but if you don't, buy Lightning Materia from the store to attack its weakness.

Guard & Dodge Against Its Combo

The Jury-Rigged Cutter can slice away your health with its fast attack and 360 degree whirlwind attack. You'll need to use guard and dodge to conserve HP until you find an opening to retaliate.

Check out Tips To Win In Combat here!