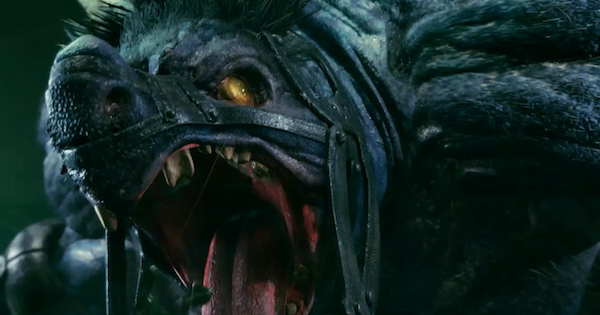 Check this Final Fantasy 7 Remake (FF7 Remake, FF7R) boss guide on how to beat Abzu (Ch.10 & Ch.14). Including moves, weakness, resistances, how to defeat on hard mode, and more!!!

Check Out Chapter 10 Walkthrough From Here

Use Fire Magic & Set It On Fire

Fire magic is the weakness of Abzu. You can stun Abzu for a while and give burn damage by setting it on fire.

You can dodge Blackwater Blast by getting out of the sewer water's way. Find the sewer which is about to blast water and hide underneath it.

Watch Out For Pounce

When Abzu jumps to the upper floor, he will either use Blackwater Blast or Pounce. Take distance from Abzu and dodge Pounce in timely manner.

Laying down an Arcane Ward with Aerith will cause you to deal substantially higher damage with your Fire spells, as they will be doubled. There are two downsides to this: 1) You have to physically stand and the ward and 2) If you switch to Aerith, Abzu will likely target you.

Build Aerith's ATB And Then Swap

One strategy to avoid Abzu setting its gaze on Aerith is to have her build ATB and then immediately switch to Cloud or Tifa. Then, while making sure Aerith is standing on the Ward, have her cast fire spells via indirect commands. This is especially important to avoid being targeted by Pounce!

Even with perfect switch management, you will still inevitably take damage from Abzu. Since his damage is so high, we strongly recommend applying Barrier to all characters, especially Aerith!

Abzu often telegraphs his attacks with large animations, so you can use this opportunity to ready a Counterstance on Cloud. This will let you counterattack and build up his stagger bar!

For defeating Abzu on hard mode in Chapter 10, you'll get Way of the Fist Vol. VII, which gives SP to Tifa.

Check Out The Location Of All Manuscripts Here!

Abzu Shoats keep on coming back after you've defeat them. Use them to charge your ATB gauge.

You can dodge Blackwater Blast with the same technique you've used in Chapter 10. However, you have to find which of the 4 sewer will stream the black water.

Abzu stuns for a while after you've break its tail. Tail spin's reach gets shorten too.

Strike Its Horn With Fire

You can set Abzu on fire by striking its head with fire magic. Abzu will burn and stun for a while.

You can repeatedly use Ifrit's Summon Ability by charging ATB with Abzu Shoats.