Welcome to FF7 Remake (Final Fantasy 7) Ending Discussion Forum! Post here and share your thoughts about the game's ending and theories about the next games!

We ask that all users to please follow these rules in order to create a happy and friendly environment.

If in case you find a post that violates our code of conduct, click on the Report button. 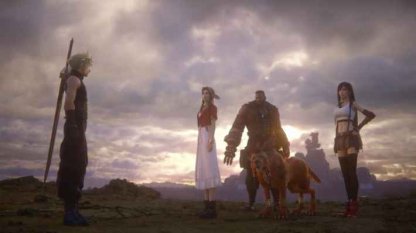 What are your thoughts about the game's ending? Was it satisfying or did it leave you wanting for more?

The appearance of Zack at the end creates a time paradox. Zack doesn't die and doesn't give Cloud the buster sword and Cloud does not live his life in Zack's memory

Zack and Sephiroth will battle and the final blow will have to be made by cloud for the fate of the world. Kill his best friend or kill his hero, 7 seconds til the end

>>5
Also Hojo is their biological father and Lucrecia is their biological mother. Hojo injected cells from egg cells of Jenova into egg cells of Lucrecia and then fertilized the eggs with his sperm in hopes of creating the "perfect Soldier " one egg took and he injected Makko into the amniotic fluid, and continued to inject Jenova cells. The egg split into 2 identical twins one of which the appearance was altered to match Cloud Strife.

>>3
Sephiroth wanted Cloud to get stronger and has been helping him do so, to destroy Hojo and those that are responsible for the experimentation that has been done to them since before they were born, they each have 1 black wing on the opposite side of their bodies and are twins. Cloud was given the name and memory of the original Cloud Strife whom Shinra had killed Sepiroth found Hojo's papers, Cloud didn't know until Hojo told him later.

[Digger:]
[1 thing people haven't seemed to notice yet is that the Whispers are the dead, and that they're called "so-called arbiters of fate" in the Enemy Intel for Harbinger. Combine this with Sephiroth's influence and it becomes pretty clear he wanted you to change the timeline from the start.:]

ShiftyPigeons
The symbolic nature of the ending (destroying fate) suggests to me that regardless of what happened in the original game, the devs are allowing themselves a lot of creative freedom with the game. It's their way of telling us that nothing is sacred.