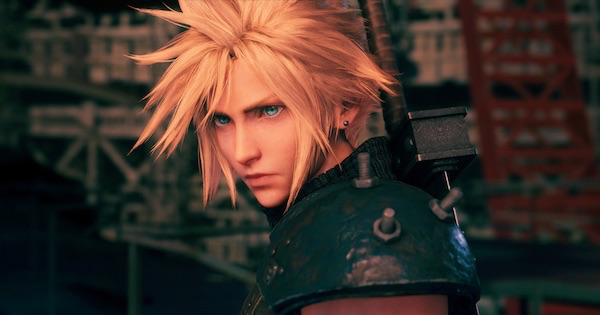 An ex-SOLDIER: first class, Cloud came to Midgar to start a new chapter of his life as a mercenary. At the invitation of his childhood friend, Tifa, he accepted a job with Avalanche. He may bring his buster sword to bear against Shinra troopers, but he does not care for plight of the planet. For him, this is a job and nothing more.

Cloud is a 1st Class SOLDIER and is one of the protagonists of FF7. He usually keeps to himself and is cool-headed when under pressure. He meets up with Barret during the start of the game, kickstarting his adventure.

Since he was a child, Cloud has always idolized the legendary 1st Class SOLDIER Sephiroth, and has always aimed to be someone like him. Unbeknownst to him, the celebrated hero Sephiroth hides a dark secret.

Cloud is a versatile fighter which can get up close and go toe-to-toe with enemies. Thanks to his two modes of attack: Operator and Punisher Mode. Aside from this, he can also choose to hang back and opt to cast spells from a distance!

How To Use Cloud

Pressing the □ button prompts Cloud to do a melee attack with his sword. Holding the button changes it to a slower but more damaging slash. Press □ multiple times to do a combo. This simple control system makes Cloud a beginner-friendly character.