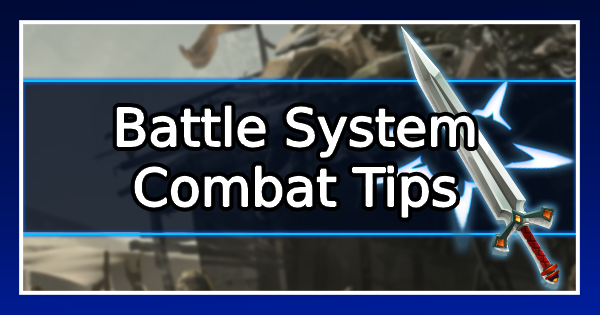 Great All Around Character

Cloud is a well-balanced character during fights. He is able to get up close and personal with enemies, but is also able to cast spells at a safe distance. Thanks to this, you will be able to adapt to different situations during fights!

Cloud will be able to execute two modes of attack, Operator Mode and Punisher Mode. The former will allow you to move around and be much more agile, while the latter lets you deal out much more damage at the cost of speed!

Cloud can switch to Punisher Mode by pressing △. In this mode, Cloud moves slowly but □ attacks are more powerful. It is recommended to switch to this mode when the enemy is staggered to maximize the amount of damage you deal!

By guarding the enemy's melee attack while you are in Punisher Mode, you can use a counterblow. Since counter blow charges the enemy's stagger gauge much faster, be sure to master this move.

Literally armed with a ranged weapon but moves slowly, Barret makes an excellent semi-support character in the game. He is able to pepper enemies with a reasonable amount of damage at range, and can even cast Cure to heal allies.

Hold Down □ To Burst

By holding down □ button, Barret can perform a sustained burst of automatic fire. Perfect for providing support fire against tougher enemies.

Use Overcharge To Deal More Damage

Barret's unique ability is called Overcharge and you can use it by press △. In order to use Overcharge, you need to charge it by pressing △. Overcharge fills a large portion of his ATB guage so use it when Barret's ATB gauge is empty.

Leaves You Vulnerable After Use

Keep in mind that after using the Overcharge ability, you will not be able to fire as Barret will need to reload his weapon. Time your attacks right to avoid becoming vulnerable in dangerous situations!

Tifa excels in close range battle. She is able to dish out tons of damage, but will can easily get hurt. Her Unbridled Strength ability allows her to become stronger as the fight gets longer, giving her an advantage against tough enemies!

Seems like there are another unique Tifa's move called Omnistrike. Perhaps the Tifa's unique abilities change in certain condition.

Aerith takes on the role of the party's healer and support. She can buff and heal her allies during battles while keeping distance and doing a bit of damage on her own.

FF7 Remake's battle system is a combination of real-time action and issuing commands for your characters. This system provides tons of freedom on how to approach fights. Opening the command window will slow down the fight and allow you to enter Tactical Mode to easily issue commands!

Check Out the Remake vs Original Here

Switching to the game's classic mode will give the AI control over you character's movements and attacks. You will control your team instead by manually casting their spells and abilities.

Learn More On Difficulty & Their Differences From Here

Does Not Feature Turn Based Combat

Unfortunately, the game does not feature a turn-based combat style.

Although the battle seems complex, the basic of combat is pressing □ to perform normal attacks. Landing your attacks will in-turn charge your ATB gauge.

Aside from elemental damage (Fire, Ice, Thunder etc.), all attacks dealt by the character will be categorized under 2 types; Physical Damage & Magic Damage. Each of these damages have a different set of resistance value (DEF & M.DEF) to determine the actual damage output. Knowing the weakness of the enemy's defense, along with their elemental weakness is the key to min-maxing the damage output.

In order to use abilities, magics, and items, you need to charge the ATB Gauge. The ATB Gauge fills as time passes and by attacking with □. The maximum amount of ATB you can charge at once are 2000 points (worth 2 gauges).

Learn More On How To Fill & Use ATB Gauge From Here

Things You Can Do By Consuming ATB Gauge

You can reduce the damage taken by using Guard with R1 button. If you know the timing of the enemy's attack, you can also dodge by pressing X button.

Not only will blocking reduce the incoming damage, you can also charge your character's ATB gauge upon a successful block. When in a pinch, this can help you charge up your trump card to get out of a tight situation.

Certain guard can be amped with the use of materias, allowing the user to counter attack upon blocking (ex. Cloud's block in Punisher Mode) or move while guarding the attack (ex. Barett's tackle).

When you encounter a new monster, be sure to learn their stats and weakness by using Assess. By striking the enemy's weakness with elemental attacks, you can deal more damage and charge more stagger gauge.

Each playable character has unique combat abilities such as Cloud's Punisher Mode and Barret's Overcharge. Press △ to perform them.

Weapons Have Unique Abilities As Well

Each weapon allows you to use a certain ability by equipping it. You will also get a bonus effect by maxing out the weapon's proficiency. These weapon unique ability can be 'unbound' and be used with other weapons of that character once proficiency has been maxed.

Weapon Levels Capped At Maximum of 6

Your weapons will have their own separate level which is dictated by the amount of SP you've obtained. It's possible to get your weapons to Level 6, but that will require doing some very challenging content. Find out more at the link below:

Check Out How To Get Weapon Level 6 Here

Fill Up The Staggering Gauge

The most efficient way to maximize DPS is to attack an enemy while it is staggered. Enemies become staggered when their stagger gauge is full, creating an huge opening to unleash your attack. Fill the stagger gauge fast by attacking enemies with the 'Pressured' status or by exploiting their weaknesses.

Learn More On How To Stagger Enemies Here

Use Abilities To Raise The Stagger %

Stagger bonus damage starts at 160%, but the multiplier can actually increase depending on the moves you use! This will cause you to do even more massive damage during Stagger, so it's key that you know what moves to use.

Limit Break deals devastating damage to the enemy. You can charge limit break as you take damage or stagger enemies. Limit Break does not consume ATB gauge.

Quickly Change Character When Being Bound

When your playable unit became bound, quickly change your character by pressing left or right of D-pad. Attack with other character to save bound unit.

Team Up With Summons

By equipping Summon materia and use it during the battle, you can call summon to fight with the enemies for limited time period. A Summon fights alongside your party on its own and can perform powerful attacks. However, your ATB gauge will be consumed when your Summon uses special attacks. The summons will also use ultimate attack at the end of its summoning time.

Flee From The Battle

Check Out How to Escape Here!

Controls During The Battle