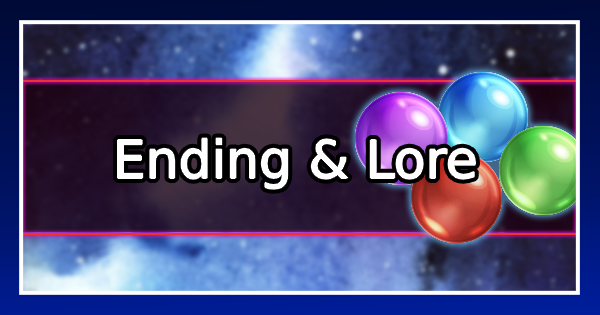 Learn the explanation behind the ending & story changes in Final Fantasy 7 Remake (FF7 Remake, ff7). Including explanation of theories, and speculation breakdowns, and more!!!

Story Is A Reimagining Of The Original FF7

FF7 Remake follows more of a reimagining of the original FF7, and although is similar, it does not necessarily follow the exact story as it unfolded in the Original FF7 on the PlayStation.

Whisper Spectres May Have Changed Course Of Story

The ghastly Whisper Spectres you see through the story, is literally a harbinger of destiny. To put short, the course of destiny it brings can work both ways; to let someone die or deny them of their death. This has been a main reason fans are speculating that by denying the Spectres, Aerith may yet have chance to live.

Changes In The Story Ending

In the original FF7, Biggs and Wedge dies when the Sector 7 Plate Pillar collapses. In the Remake, however, they survive the catastrophe due to the interference with the Spectres during the story.

Unlike Wedge, Biggs' survival was not confirmed until the ending, where there is a cutscene of him waking from recovery in bed.

Spectres have also been seen around Jesse, along with the other 2 Avalanche members. As of the end of FF7 Remake, she is still deemed missing in action, and her survival is unknown.

Learn More On the Episodic Sequel

As a surprise twist in the story, Sephiroth literally appears in front of the team very early in game on the Midgard Highway.

Aerith May Know More Than She Let On

While confronting Sephiroth, Aerith shares a peculiar talk, which hints she may know more about what has, or what will happen in the future.

As Sephiroth retreats to the mysterious wall, Aerith recognize the void as a gap between destiny itself, and stops Cloud and the team from proceeding into it. She apparently somehow knows what will Cloud in this course of fate.

Vanquishing Whisper May Have Resulted In Drastic Change In Fate

At the end of the story, the guardian of destiny itself, the Whisper Harbinger will confront you. With its demise, the set course of destiny have literally been nullified. As the chapter name "Destiny's Crossroad" indicates, what will happen from this point on, will most likely take a different branching path than the Original FF7's destiny.

Due to this change in the timeline, we speculate that it is entirely possible that Aerith will eventually avert her death in the future, much like how the Avalanche members were saved from their demise.

Apparently, the destruction of the guardian of destiny by Cloud had an ripple effect to 'other' alternative time lines as well. Originally, Zack Fair the previous owner of the Buster Sword dies in an last stand against hordes of enemies, but however...

After vanquishing the Whisper Harbinger, a cutscene of Zack surviving the onslaught is seen.

Aerith May Have Seen Zack At Destiny's Crossroad

The later cutscene shows survived Zack and Cloud passing each other in destiny's crossroad. Since these two does not share the plain of existence, it seems Cloud himself is unaware of this occurrence.

However, Aerith acts as she may have been able to see Zack and Cloud on the other side of the plain. She puts on a rueful expression when passing Zack and Cloud, knowing that he died in this timeline.

Upon Cloud almost falling off the edge of creation, Sephiroth saves him from falling, indicating that there's nothing in that vacant void as of yet, most likely due to them destroying destiny itself.

It may be speculated that Sephiroth is trying to protect the planet and his existence from disappearing, and Cloud's existence may be an crucial part in this. At the end, he offers a truce with Cloud, asking him to help him fight against destiny.

Although surprised at first, Cloud denies Sephiroth of his offers and confronts him in a showdown.

At the end of their battle, Sephiroth leaves a mysterious message. "Seven seconds till the end. Time enough for you, perhaps. But what will you do with it? Let's see".

May Take A Different Story Path In The Future?

Due to these circumstances, there is a chance that the future events in the following sequel may be vastly different from the original FF7's events. This first implementation of the FF7 Remake already seems to tell a good portion of the story, and may lead to its conclusion much earlier than expected.

Learn More On the Episodic Sequel