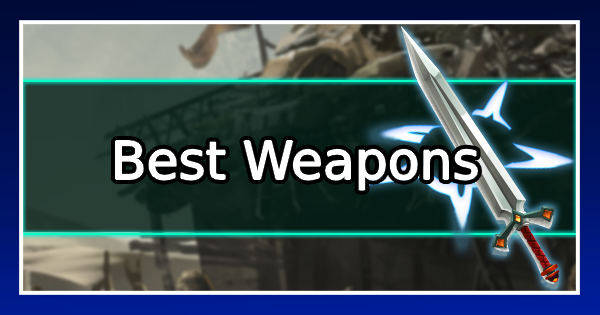 Specializing In Physical Damage Is Best

We recommend keeping Cloud as a physical damage dealer. Depending on your personal playstyle, however, you may opt to use some magic. In this case, the Twin Stinger may work well for you as well.

If the weapon you use the most is not here, post a comment below to let us know what it is!

More On Hardedge - How To Get & Stats, Ability, Skill

Hardedge, a weapon purchasable in shop from Chapter 9, heavily leans to Physical Damage, giving Cloud the physical edge he needs to deal massive damage. You will lose magical power, MP, & defensive potential by choosing this, however.

The Hardedge focuses primarily on physical damage & Materia Slots. Once you unlock Weapon Level 6, you'll have a total of 7 available Materia slots on this weapon, making it extremely powerful & well suited for Hard Mode, as you can put in tons of HP Up Materia to boost your health pool.

More On Twin Stinger - How To Get & Stats, Ability, Skill

Found very late in game at Chapter 17, the Twin Stinger can still dish out serious physical damage, but most of its Core skills specialize in magic damage. MP Regeneration, Max MP, Elemental Damage boosts, and Buff Duration increases are some of the most common skills you will find here.

Useful For Some Solo Battles

In some solo battles where Cloud has to deal with enemies who are resistant to physical attacks, this weapon is a good choice, as it will provide him both tankiness and magical damage to come out on top.

Big Bertha Is Your Best Bet

In terms of ease of use, it's safest to have Barret stay in the back and deal damage at range. Therefore, Big Bertha is our recommended choice. Wrecking Ball's damage is of course incredible, but it requires you to get up close, which you might as well leave to Cloud and Tifa, as they have no other choice in the matter.

Big Bertha is a behemoth of a gun, mostly catering to Physical damage at range, but bringing along with it plenty of HP boost Core upgrades and attack boosts to make Barett a powerful tanky DPSer.

This gun is all about boosting your HP to a high level, with 5 nodes that raise HP by 250. There are also a few good defensive nodes along the way, specifically 'self-healing 50% boost with low HP'. This will make Barret quite capable of healing himself.

The Wrecking Ball has tons of talents that boost your attack power, as well as some that will improve your ATB generation! Coupled with an MP regeneration boost, this can make Barret into a powerful spell user as well.

After unlocking Weapon Level 6, you'll be able to get the Reprieve talent, which prevents you from dying once per fight to a large burst of damage. This is a great ability that only some weapons have.

More On Metal Knuckles - How To Get & Stats, Ability, Skill

The main draw of Tifa is the incredible physical power of her abilities. The Metal Knuckles will bring these abilities to their maximum, so we recommend equipping them.

This weapon features tons of talents that increase attack power, and also one that increases the charge rate of your ATB by 10%. Since Tifa's main shtick is her excellent abilities, this works excellently on her.

Unlocking Weapon Level 6 will give you access to three additional Materia Slots, making this an incredible weapon for Hard Mode.

More On Purple Pain - How To Get & Stats, Ability, Skill

Purple Pain is a unique weapon which focuses on dealing higher critical damage. You'll be able to increase your crit rate and damage, especially when at low HP. Overall, the burst potential with this is quite high.

This weapon features 4 bonus HP nodes, the useful life-saving ability Reprieve, and defense boosts when low on HP, making it a really useful item to have while doing Hard Mode fights.

Specializing In Magic Is Recommended

All of Aerith's abilities and weapon specializations are well suited for making her a magic damage dealer. In fact, unless you really need someone else to do it, having Aerith be the only magic specialist on your team might be a good idea.

More On Mythril Rod - How To Get & Stats, Ability, Skill

The Mythril Rod will simply put out the highest magic damage numbers available. You will get a 20% boost when your MP is full, and a whole bunch of a boost to your limit break when low on HP.

This weapon also has several defensive talents which boost your defenses when at high HP, and some which provide you with more overall HP, making this a fairly decent weapon in terms of survability as well.

This weapon is mostly recommended if you are planning to progress through Hard Mode, where you won't be able to easily recover MP. The Silver staff features 20% MP Cost Reductions, the ability Trade-Off, which lets you regain MP when attacked, and a whopping 50% MP Regeneration boost.

About Weapons In FF7 Remake

Each Weapon Has A Different Purpose & Use

Each weapon you acquire in FF7 Remake is not necessarily an upgrade to the previous one - think of them more as a "side grade". Each weapon has been designed to serve a specific purpose, such as maximizing physical damage, tankiness, magic capabilities, and Materia slots.

Learn How To Farm SP Here!

The more you use a specific weapon, more Proficiency you will gain on it. Once reaching 100% proficiency on that specific weapon, the weapon-unique Special Ability will be unlocked, meaning it can be used at any time, even when other weapons are equipped on that character. This will provide even more versatility in combat down the line for you, so make sure to unlock all abilities.

Is Ultima Weapon In The Game?

Currently, Ultima Weapon is not in the game. It could, however, be added in a later update or be introduced as part of the next episode of the series.

You can buy the Hardedge in Ch.9 at the Wall Market