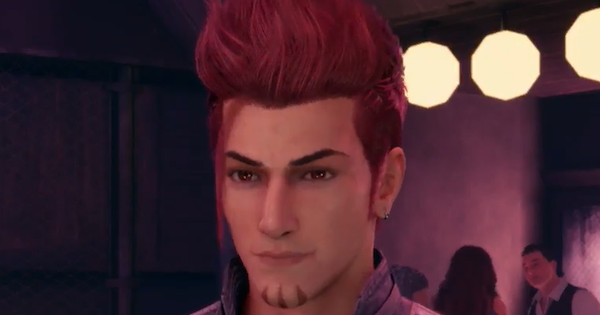 First appearing in Chapter 3 of the game, Johnny is known as Sector 7 Slum's resident troublemaker. He is first seen being arrested by Shinra guards. From then on, you'll see him causing mischief or getting into unfavorable situations during the duration of your playthrough.

Side Character From The Original

Johnny finds himself given an expanded role in the remake as he often times interacts with Cloud and party. Like in the original, the player can meet him outside the Honey Bee Inn. The difference is that in the remake, he is pretty much involved in some of the main quests, especially in Chapter 3.

Check Out The Chapter 3 Guide Here!

Involved In Several Side Quests

▲ Johnny in the quest Tomboy Bandit

Johnny can be encountered in the game's open chapters, ones where the player can undertake side quests (Odd Jobs). He takes on a special role in Chapter 9 in Wall Market as you can either ignore him or accompany him depending on your choices.

See All Johnny Events For A Trophy

The Johnny Experience Trophy is a trophy awarded to only to those that have unlocked all of Johnny's events. Note that you have to do certain actions in Chapter 9 in order to get this achievement as quests there branch out to 2 different routes.