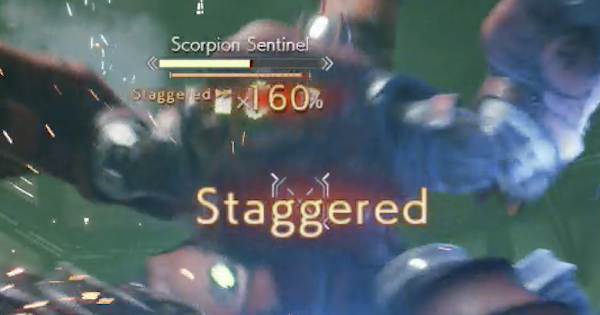 Read this guide on Final Fantasy 7 Remake (FFVII Remake, FF7 Remake) and learn how to make enemies staggered. Includes how to fill stagger gauge fast and what Pressured means.

When an enemy's stagger gauge is full, they become staggered. A staggered enemy take more damage.

Learn More On How To Use Limit Break

When enemy is staggered, use character's unique ability such as Braver. This allows you to charge ATB gauge faster.

How To Fill Stagger Gauge

The most simple way to fill stagger gauge is to repeatedly attack enemy. There are 2 other ways to effectively fill the stagger gauge; knocking-off enemy and using certain abilities or skills.

Knock-off Enemy And Make Them Pressured

By hitting enemies with certain attacks or dealing large amount of damage will temporarily knock the off-balance and become pressured status. The enemy in pressured status fills stagger gauge faster when they are damaged.