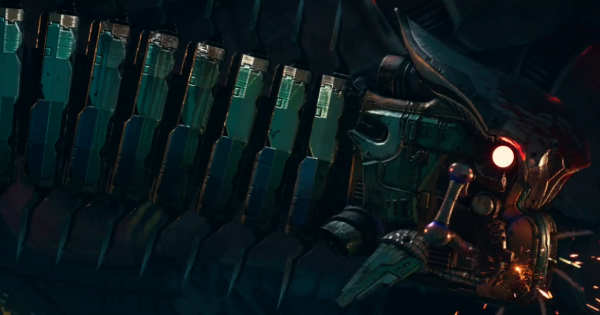 Check this Final Fantasy 7 Remake (FF7 Remake, FF7R) boss guide on how to beat Swordipede. Including moves, weakness, resistances, how to defeat, and more!!!

It will be Cloud and Barret who will first encounter the Swordipede. Since the Party has been cut into 2 groups, you won't be able to switch to either Tifa or Aerith during this part.

Stay Away from Its Front

The Swordipede has a constantly rotating saw on its face. Stay in front of it and you will get damaged for your trouble. It's better to attack it from its side or back.

Has a Quick Charge Attack

When the Swordipede starts contracting its body, you better move away because it will do a pretty fast front charge. This is a multi-hit attack.

Since the Swordipede is constantly in motion, Barret's long-range attacks are great in battling it. From your range, you can even aim for its head without being in immediate danger. It's also great when it flies in the air.

Dodge Away from Falling Lightning Balls

When the Swordipede flies up high, it will start letting out lightning balls that will then fall to the ground. Check the ground for their trajectory and move away from where they will fall.

Second Phase will be with Tifa & Aerith

Deal enough damage to the Swordipede and it will run away from Cloud and Barret. Don't worry, you can finish it off because it will head for Aerith and Tifa next.

Use Aerith for Consistent Attacks

The Swordipede will keep circling the terminal during the fight. With Aerith, you will be able to consistently deal damage rather than running after it with Tifa.

When the Swordipede charges and starts moving forward, dodge to your side or you will be hit by a multi-attack. You can also run to the side if you have enough time.