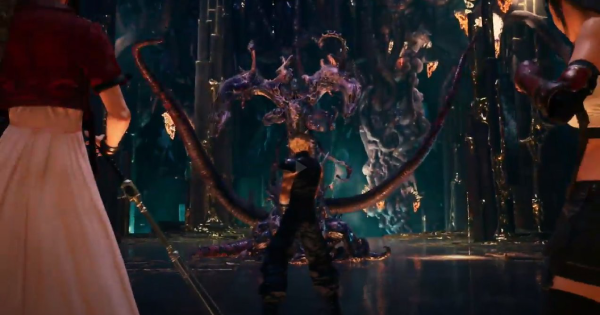 Check this Final Fantasy 7 Remake (FF7 Remake, FF7R) boss guide on how to beat Jenova Dreamweaver. Including moves, weakness, resistances, how to defeat, and more!!!

In this battle, you will need to dish out as much damage as possible during a short amount of time to damage Jenova Dreamweaver or whittling down the number of its tentacles. Control Tifa and Cloud as one of your damage dealers, and try to focus damage on 1 target at a time to take it down as fast as possible.

Jenova Dreamweaver will have 2 tentacles to assist it in combat, but the boss itself will be stationary. Watch the movement of the tentacles closely, and dodge away when it lifts to attack.

Watch For Telegraph To Avoid The Ranged Attack

Jenova's ranged attack is very hard to avoid once shot. Be sure to check on Jenova herself even when you're fighting the tentacles, and get some distance when you see it telegraph its ranged attack.

In the 2nd phase, Jenova Dreamweaver will be impervious to damage and summon numerous tentacles on the field. Deal with the tentacles first, and proceed to damage Jenova when her guard is down after killing all tentacles.

Beware Of The Powerful AoE Attack

Be sure not to get too greedy when you're going in for melee damage on Jenova. It can also cast a powerful AoE attack around itself. Look for the purplish light seen around Jenova when it telegraphs this move, and disengage as soon as you see it.