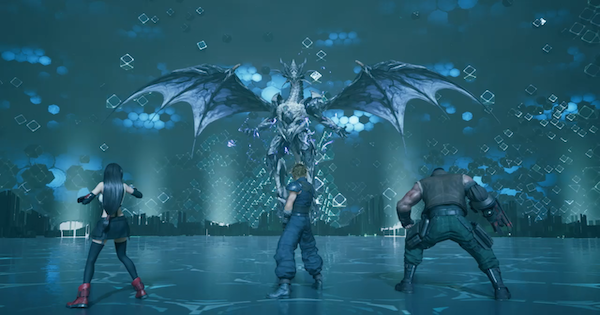 Bahamut Summon Materia - How To Get & Overview

How To Get Bahamut

Complete all other 19 Battle Intel Reports, then defeat Bahamut in Report No. 20 at the VR Battle Simulator by talking to Chadley

Bahamut is a massive dragon that rains complete destruction on enemies. It deals huge damage & is arguably the strongest summon in the game.

Bahamut has two moves you can select, and they both cost 2 ATB bars each. Either one can be used, as they are both quite strong.

Umbral Inferno unleashes a barrage of fire in front of the enemy, dealing large damage.

Umbral Aura is an ability which Bahamut will cast on himself automatically! There is no need to use ATB on this. When this ability is up, ATB moves you use will be stronger.

As a parting gift, Bahamut will rain devastation on your enemies, dealing massive damage. It seems to be capped at 9999 each time. This is the main reason Bahamut is the best summon!