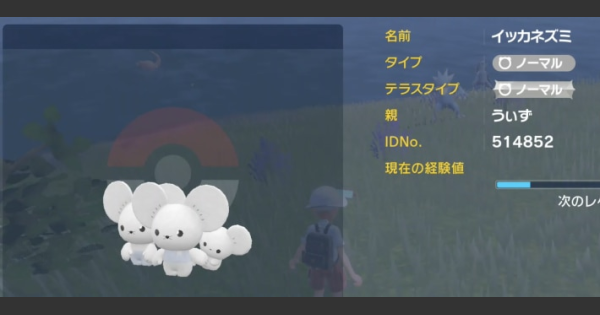 Tandemaus evolution and how to get Tandemaus (Location) in Pokemon Scarlet and Violet (Pokemon SV)! Learn about the best Tandemaus movesets, best builds, best nature, & base stats!

Not Able To Evolve By Leveling Up Other Than In Battles

The Cutscene Will Be Skipped If Maushold Is In Your Lineup

Normally, a cutscene will be shown when evolving at the end of a battle, but if Maushold is in your lineup, it will evolve without a cutscene. If you want to watch the cutscene, you must end the battle while Maushold is in the battlefield.

Evolve To Family of Three At Random