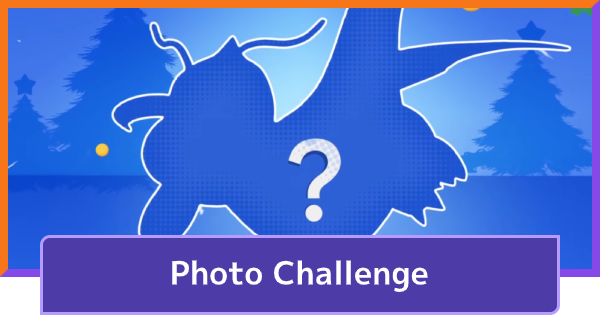 Snow Much Fun With The New Photo Challenge!

Collect as many snowflakes as you can to complete the shot and receive rewards! Players may acquire snowflakes by participating in Standard Battle, Quick Battle, Ranked Match, and Snowball Battle in Shivre City. These snowflakes are then used to reveal areas of a photograph that have been obscured by a silhouette. Let's see how many snowflakes can you collect!

Complete The Challenge Before January 7th

Collect As Many Snowflakes You Can!

To complete the photo, try to collect as many snowflakes as possible and use them to unlock the photos. Participate in Unite Battles and collect snowflakes to uncover the photo's secret parts! Note that the maximum number of snowflakes obtainable in one day is 100 only.

Snowflakes Guide - How to Get & Uses

Here's a sneak peek at the items you can from the Photo Challenge!

Snowflakes Increases When Reward Is Claimed

Take note that the Snowflakes needed to unlock a picture increases once a reward is claimed. So try to get as many Snowflakes as possible to unlock the pictures earlier.

Participating in Snowball Battles in Shivre City helps the players to collect Snowflakes faster. These are limited Quick Battles and gives the highest snowflakes of 30 compared to all the Quick Matches out there.

Don't Be Afraid Of Losing In Snowball Battle

Although winning gives you more Aeos Coin & EXP as rewards, the snowflakes obtained from matches remain the same whether your team wins or loses, so don't be afraid to lose in Snowball Battles.

Players can only get 100 snowflakes daily and no rewards are received once the limit has been reached. But you can rest assured that the collected snowflakes won't disappear until the Photo Challenge Event ends. Try to collect Snowflakes daily and reach the daily limit to have more chances on claiming rewards faster!

You Can Earn Snowflakes By Challenging CPU in Matches

Snowflakes, can also be obtained by competing in matches with a CPU, since you can predict CPU opponent's movements. This can be done as well in Snowball Battle in the Shivre City Event and thus making you obtain Snowflakes quicker.