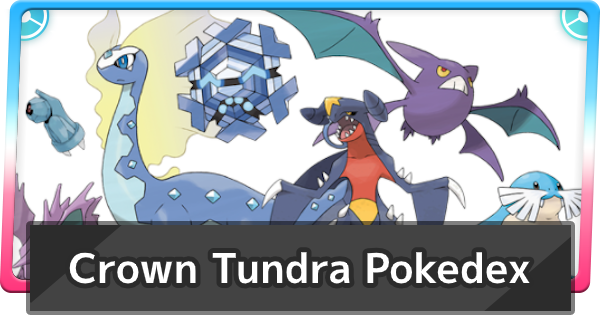 The legendary Calyrex will appear in The Crown Tundra Expansion and is rumored to be a powerful presence in Galar.

Calyrex - How To Get

The 3 Kanto favorites, Articuno, Zapdos, and Moltres will be making a comeback in Crown Tundra - this time with a Galarian twist! All 3 Pokemon will have a different primary type (they are all still flying) and will have new moves!

The Regi line of Pokemon will be getting two new exciting editions: an Electric and Dragon type! English names for these two are as of yet unknown!

This Regi is a pure Electric type which is said to have an inexhaustible supply of electricity running throughout its body.

This Regi variant is a pure Dragon type, with a soul made of crystallized dragon energy.

Updated as of June 2nd!

Pokemon Likely To Be Included

The Pokemon listed in this table are not confirmed! They are merely likely to come out because their counterpart Pokemon are set to be featured.