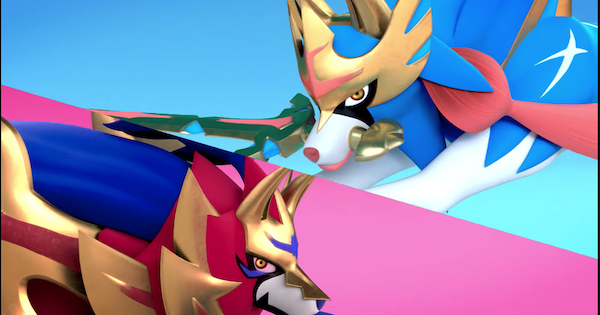 Pokemon Sword Shield
Legendary Locations & How To Get

Learn about Legendaries & how to get them in Pokemon Sword and Shield with this guide! Includes tips about Zacian, Zamazenta, Eternatus, new legendaries in Crown Tundra and more!!!

The Crown Tundra, Sword and Shield's second DLC, has brought along with several new Legendadries. Along with the new legendary pokemon Calyrex, 2 new Regi Pokemon have made an appearance. The legendary birds from Gen 1 are also back - but this time in Galarian form!

Legendaries In Isle Of Armor

You'll be able to get Kubfu, the fighting-type legendary Pokemon by playing the story of Isle of Armor. Kubfu will evolve into Urshifu which has two styles (Single Strike Style or Rapid Strike Style). Urshifu's type and signature move changes depending on which style you choose.

Learn Which Style Of Urshifu Is Best From Here

Overview Of The Legendary Pokemon In Sword & Shield

Zacian and Zamazenta are the flagship Pokemon of Sword and Shield. These pair of dog-like legendary Pokemon represent both versions of the game. Zacian is the sword while Zamazenta is the shield.

Both Legendaries each have a unique type. Zamazenta is a Fighting-type, while Zacian is a Fairy-type Pokemon.

Like previous Pokemon titles, there are three legendary Pokemon in Pokemon Sword and Shield. We describe about it in the section below, so read at your own risk as these will contain spoilers.

▼Check Out How To Catch The Third Legendary

Certain legendaries from previous Pokemon titles will also be included in the game. One of which is Mew, the original 151st Pokemon from the 1st generation. In order to catch Mew, you will need to own the Poke Ball Plus device!

Check Out How To Get Mew!

Check out Base Stat Ranking for all Galar Pokemon here!

Zacian is a dog-like Pokemon that holds a sword in its mouth. Since its description emphasizes its power, it has high Atk & Spd stats. It also possesses great Def and Sp. Def stats.

Check Out How to Get Zacian with High IV

Zamazenta is a dog-like Pokemon which appears to have a shield-like frontal body. Despite being based off a shield, this Pokemon shares identical stats with Zacian, having high Atk and Spd, as well as Def and Sp. Def.

Check Out How to Get Zamazenta with High IV 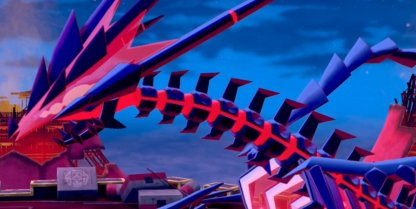 Eternatus is a legendary Pokemon that you'll encounter as you progress through the main story in both Pokemon Sword & Pokemon Shield.

Zacian, Zamazenta (Legendary) - Locations & How To Get

4. Battle With Sordward Or Shielbert

You will battle with Sordward (if you're playing Sword version) or Shieldbert (if you are playing Shield version). After you've defeat Sordward or Shielbert, you will take back the Rusted Sword or Rusted Shield.

You will face raid battle with Dynamaxed Tsareena. Hop, Milo, and Piers will be on your side. After defeating Tsareena, you will get Milo's rare League Card.

8. 2on2 Battle With Sordward & Shielbert

You and Hop will battle with Sordward & Shielbert.

Visit the 3 stadiums below and defeat Dynamax Pokemon. You will get 3 rare League Cards as a reward.

Check Out The Battle Against Bede Story Walkthrough Here!

Hop will use the legendary Pokemon you didn't catch. You will get Hop's rare League Card after the battle.

Eternatus (Legendary) - Locations & How To Get

Steps On How To Catch Eternatus

Check Out The Vs. Eternatus Story Walkthrough Here!

In the last half of the game, you will have a battle against Rose in the Hammerlocke Stadium. This will be the last step before you encounter Eternatus.

After beating Rose's team, head to where Leon is. You will then find the legendary Pokemon "Eternatus" as well.

After beating Eternatus, you will see a cutscene where Eternatus is caught by a pokeball.

Check Out How to Get Eternatus with High IV!

9. The box you gave is only for Pokémon sword.

Also the battle against Bede is apart of part nine since he defeated Dynamax Pokemon.