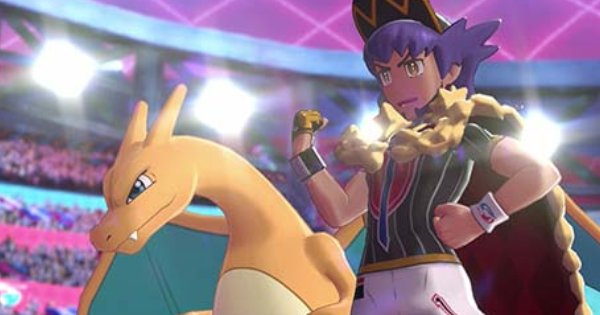 Klara is a new rival to be introduced in Pokemon Sword and Shield's upcoming The Isle of Armor expansion. She's a Poison-Type trainer with an optimistic outlook!

Check Out How to Find Clara Here

A gentleman with a deep understanding of the mind, Avery is a new rival you will face in the Isle of Armor. He's a Psychic-type trainer!

Check Out How to Find Avery Here

Mustard - Master of the Dojo

You'll be able to meet the man who trained Leon to be the champion and train under him in the Isle of Armor. Mustard will take you in his Dojo for some intense training!

We'll update this section once more information on the Crown of Tundra has been released. Check back for updates!

These are the two playable characters in Pokemon Sword and Shield. There are actually several variants of these, so you can choose the appearance you prefer at the start of the game.

Every main series Pokemon game inevitably has a Professor, and Magnolia is the one for Pokemon Sword and Shield! She is researching Dynamax Pokemon & is the grandmother of Sonia.

Sonia is Professor Magnolia's granddaughter. She is also Champion Leon's former rival! She takes an advisory role during your adventure, giving you tips, and further uncovering the lore of the world!

He is the leader of a large corporation and also the chairman of the Galar Pokemon League. He helped introduce the Dynamax Phenomenon into Gyms in the region.

Oleana is the Assistant of Chairman Rose, but she's also the Vicepresident of his company!

Hop is Leon's younger brother. The two of you will start your adventure together. He aspires to become the Champion, just like his older brother.

Bede is a mysterious, somewhat arrogant-looking figure who was endorsed by Chairman Rose. He is confident, but it is suggested that he has other motives.

Marnie is a fan favorite contender to become Champion of the region. She has a certain goal she is working towards, and will do her absolute best to reach it!

Team Yell are huge fans of Marnie, and they will try to get in your way whenever possible! You will no doubt have to fight them many times!

Milo specializes in Grass-type Pokemon. He seems to be a very kind-hearted person.

Check Out How To Beat Milo!

Nessa is the Water-type Gym Leader of the region. She seems to be calm and collected, but very formidable!

Check Out How To Beat Nessa!

Kabu is a fiery Gym Leader who specializes in Fire-type Pokemon! Watch out for his strong attacks that may leave you with a burn!

Check Out How to Beat Kabu!

Allister is a Ghost-type Gym Leader! He is very shy and covers his face with a mask. Allister is exclusive to Pokemon Shield!

Check Out How To Beat Allister!

Bea is a Gym Leader who specializes in Fighting-type Pokemon! She is a martial arts expert and seems to be very strong.Bea is exclusive to Pokemon Sword!

Check Out How To Beat Bea!

Opal is a master of Fairy-type Pokemon! She may be older than other Gym Leaders, but do not let that fool you! Her strength commanding Fairy Pokemon allows her to keep up with the best of them!

Check Out How to Beat Opal!

Gordie is a powerful Rock-Type Gym Leader! It will take a lot for you to whittle down his hardy Pokemon's defenses! Gordie is exclusive to Pokemon Sword!

Check Out How to Beat Gordie!

Melony is an Ice-type Pokemon specialist. Her icy Pokemon may freeze you solid if you're not careful! Melony is exclusive to Pokemon Shield!

Check Out How to Beat Melony!

Piers is Marnie's older brother and is Spikemuth's Gym Leader who specializes in Dark-type Pokemon! Be careful around this powerful trainer!

Check Out How to Beat Piers!

Raihan is a special type of Gym Leader. He does not specialize in a certain type of Pokemon, but instead, specializes in Double Battles!

The Champion of the Galar region is Leon. He is the undisputed best trainer in the region, because he has never lost a battle. His main partner Pokemon appears to be a Charizard!

Check Out How To Beat Champion Leon!