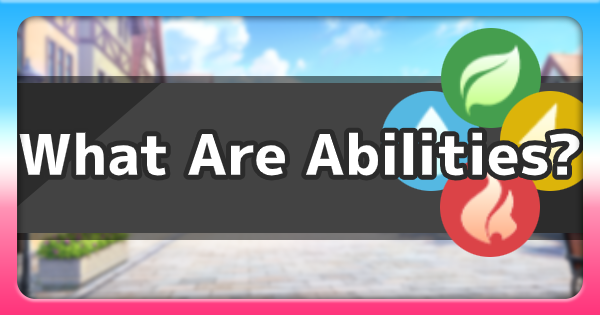 Read this guide to understand all abilities and their effects in Pokemon Sword and Shield. Including info on what abilities are, how to breed and get hidden abilities!!!

See All Endgame Contents From Here

The following article is based on previous generation games. It will be updated as soon as more information on Sword and Shield is released!

Each Pokemon Has An Ability

Every Pokemon has at least one ability & it cannot be changed unless it evolves or uses a special item.

Some Abilities Activate When Not In Battle

Most abilities activate during battle but some activate when you are in the overworld as well.

There Are Normal & Hidden Abilities

A Pokemon's ability is determined from a maximum of 3 possible abilities. A Pokemon will have one or two normal abilities and 0 or 1 hidden ability.

Some Abilities Change After Evolving

Some Pokemon's normal ability changes when they evolve.

Use An Ability Capsule To Change Ability

In previous generations, A Pokemon's normal ability could be altered by using an item called an Ability Capsule. Note that you cannot get hidden abilities with this method.

What Are Hidden Abilities?

▲Corviknight's "Mirror Armor" was confirmed to be a Hidden Ability!!!

Hidden Abilities cannot be obtained by simply catching wild Pokemon. Only way you get pokemon with hidden ability is to catch dynamax pokemon in Max Raid Battle.

How To Get Hidden Abilities? - Farming Guide

Play Raid To Get Hidden Ability

Pokemon you catch in Max Raid Battle sometimes have a hidden ability. For example, the picture above is a Toxapex with its hidden ability "Regenerator". Normal wild Toxapex only have Merciless or Limber, so if you want Regenerator, you'll need to catch it in a raid battle. The female parent with hidden ability can pass it down by breeding with any Pokemon in the same egg group.

Hidden Abilities have a chance to get passed down to the egg if the parent Pokemon has one. Note that male parents with a hidden ability need to be bred with Ditto in order to inherit his hidden ability.

Trade With Other Player

Because the Hidden Ability will be inherited, fastest way to get the hidden ability is to trade with other player who already have it.

Will Abilities Be Inherited?

Abilities Are Likely To Be Inherited From Female Parents

Hidden Abilities Can Be Inherited

Unfortunately no. All max raids battle Pokemon's stats are decided 3 days before. The only way to increase your chances is to join other peoples raids. However that comes with a reduced chance at catching the Pokemon at the end of the raid.

For GMax pokémon, is there any way to at least increase the chances of having a hidden ability. such as saving before facing it, and soft reset if it doesn't have the hidden ability?