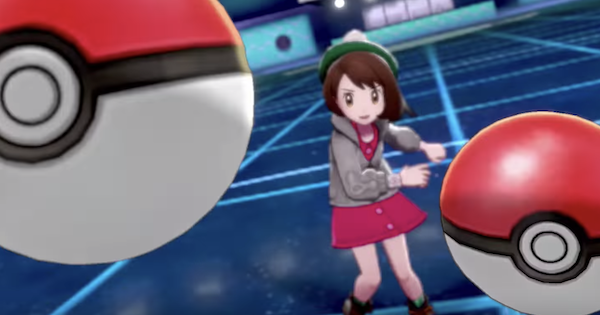 Learn how to win at the Battle Stadium, Ranked (Rating) Battles in Pokemon Sword and Shield. Including info on Battle Stadium rules and tips on how to build best party!!!

What Is Battle Stadium

4 Things To Do Before Battle Stadium

① Plan Out Your Party

① Plan Out Your Party

When planning your ideal party, you need to consider 3 things; Type coverage, Meta, and Roles. Read the guide on how to form your party from below to learn more.

Read The Guide On How To Build A Strong Team

Breeding allows you to inherit strong stats from parents. You can modify Individual Strengths, Nature, and Ability to create an ideal Pokemon.

Learn More About Breeding From Here

A Pokemon's stats change according to which Base Points (or Effort Values, EVs) they've earned. See the link below to learn optimal way to spread your EV.

What Are Base Points (Effort Values, EVs)? - Efficient Way To Farm EVs

Not only do your Pokemon need to know moves with same type for high damage, you'll also want to learn other moves which can counter your weakness. Use TMs and TRs to learn those moves.

The items Pokemon hold plays important role in ranked battle as well. See the link below for list of useful items during the battle.

Recommended Items For Battle & Their Locations

Tips To Keep In Mind During The Battle Stadium

How To Choose 3 Pokemon From Your Party

Ranked Battle requires you to choose 3 Pokemon to use out of 6 Pokemon in your party. Always check your opponent's party and pick Pokemon with effective moves or which have resistances to the opponent's types. If you have trouble remembering the types of all Pokemon, try to prioritize the Pokemon from the Tier List.

It is also helpful to know the Base Stats of each Pokemon. By knowing the base stats, you can counter the Pokemon to strike its weak point. (ex. Use Sp. Atk if the opponent's Sp. Def is low.)

Check Base Stats Of All Pokemon From Here

It is very important to pick the right Pokemon at the beginning of a battle to take initiative. There is no way of guessing which Pokemon comes first for sure but Pokemon which can defeat many types or Pokemon which can flexibly switch by using moves like U-turn are likely to be sent out first in order to play safe.

If your Pokemon does not have effective moves against the opponent or if opponent's type is very strong against your Pokemon, consider switching. When doing so, switch to Tank Pokemon with high Defense (Sp. Def) to soak the damage.

When To Use Dynamax

There are multiple strategies on Dynamax timing but one currently popular way is to use Dynamax in the beginning to buff your stats or to use Dynamax at the end to finish opponents off. When your opponent uses Dynamax, try to earn time by using moves like Phantom Force or Fly to avoid Max Moves.

Online Battle With Rivals All Over The World

In the Battle Stadium, you can battle with trainers all around the globe and become No.1 in the world. You will need a Nintendo Switch Online Account (Paid) to use this feature.

All of your and your opponent's Pokemon will automatically become Level 50. Pokemon will not evolve due to this level change.

You Can Use Dynamax In Battle Stadium

In the battle stadium, you can use Dynamax once. Think carefully about when to use because it will only last 3 turns.

What Are Dynamax And Gigantamax?

There are 3 types of battles in Battle Stadium: Ranked Battles, Casual Battles, and Online Competitions. You can find more information about these modes below.

Raise Your Tier By Winning Battles

Your objective is to become most powerful trainer in the world. There are 5 tiers in Ranked battle and you will be matched with trainers of a similar rank.

Losing The Battle Will Not Affect Your Rank

All Players' Ranks Go Down After The Season Ends

Rank battles will happen during certain periods of time known as seasons. When a season ends, the ranks of all players will go down.

There are several limitations in ranked battle. Please see the list below.

Official Japanese sources have announced the rules of the next Ranked Battle series! Starting in September 2020, the top Pokemon from Season 8 will no longer be usable in ranked battles!

Pokemon Which Are No Longer Usable (Starting In Series 6)

The above Pokemon will not be usable, which will likely lead to the ranked battle meta drastically shifting. Make sure to keep up with these changes when selecting your team!

Online Competitions are tournaments held either officially, or by other players. Aim to be the very best and take on this challenge with your Pokemon!

Official Competitions are held by Nintendo. By becoming one of the top players in certain competitions, you will have a chance to participate in the Pokemon Sword and Shield World Championships!

The first official competition is happening in December 6th. Read the guide below to learn how to breed the strongest Pokemon!

You can also host your own competition or join competitions your friends host. Set your own regulations and enjoy battling among friends!

No Rank Change In Casual Battles

In Casual Battles, your rank won't change whether you win or lose. There is also no limit to which Pokemon you can use, since Ranked Battle limits the usage of certain legendary and Mythical Pokemon. You can also rent other player's team if you have Team ID.

Use Rental Teams With Team ID

You may borrow Pokemon to use in battle by inputting an ID available online. You can also use Rental Teams in Ranked Battles as well.

Check All Pokemon Exist In Galar From Here

Visit our forum to exchange Team ID with trainers all over the world! Simply comment your Team ID to share your favorite team to others.

My rank has decreased by losing battles before, but I’ve never lost a match on the bottom verge of a tier. Maybe you meant that trainers can drop in rank, but not tiers.