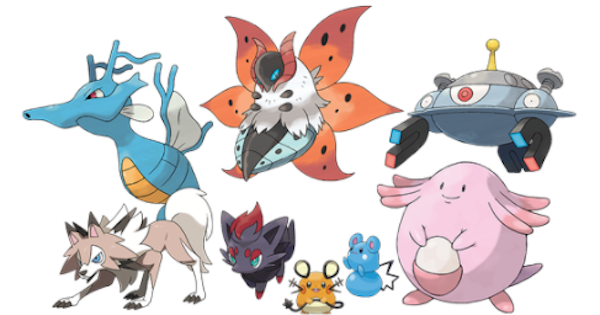 ※ Blastoise and Venusaur are already available, but they will be getting Gigantamax forms in the DLC.

Check Out More Info On Isle of Tundra Here

Pokemon Likely To Be Included

Pokemon With A High Likelihood Of Being Addeds

The Pokemon listed in this table are not confirmed! They are merely likely to come out because their counterpart Pokemon are set to be featured.

The following Pokemon were added to the game with the Pokemon Home update:

The Pokemon cloud storage app: Pokemon Home is required to carry over these Pokemon.

The new legendary Pokemon Kubfu will accompany you on your journey in The Isle Of Armor Expansion. Train alongside him and get stronger together!

Kubfu - How To Get & Evolution

Once Kubfu has enough training, it will evolve into a Urshifu, which has 2 different fighting styles and types to choose from. The evolution style will be based on in-game choice, and irrelevant of which version you play.

Urshifu - How To Get

Urshifu Can Gigantamax, and its G-Max moves will also vary depending on its evolution style.

Information from the Nintendo Direct showcase revealed that Urshifu will be usable in competitive online ranked play! It will definitely affect the current competitive meta!

The legendary Calyrex will appear in The Crown Tundra Expansion and is rumored to be a powerful presence in Galar.

Calyrex - How To Get

In the Direct announcement, there might be an alternative Galarian version of the Articuno, Zapdos, and Moltres from Gen1 that might make a return.

Regi Line Coming Back As Well?

Regi line of Pokemon, similar to Regirock, has appeared in the Direct presentation as well, they may make an appearance in the Expansion Pass.

Galarian Slowpoke is the Galarian form of the Slowpoke found in previous titles. Its appetite for the Galarica seeds (a kind of spice) for generations has altered its appearance and behavior in comparison to normal Slowpoke.

Galarian Slowpoke - How To Get

The final evolution of the 3 Sword and Shield starters, Cinderace, Rillaboom, Inteleon, will be getting a new Gigantamax Form in this expansion pack! They will also have new G-Max moves.

When you breed a Nidoking whit Ditto you get Nidoran Male and Female, thus confirming the female line.

Tbc is not to be continued, it is to be confirmed lol who is the fool?

TBC means to be continued you fool

TBC means to be decided.

TBC? What does it mean?