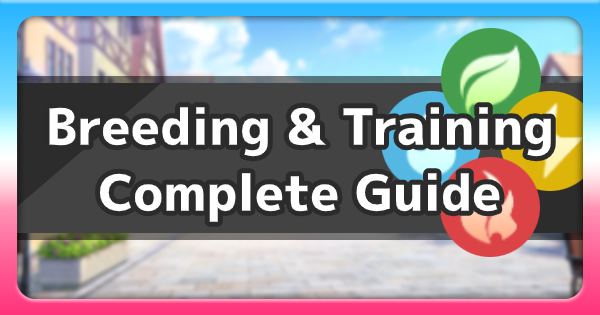 Pokemon Sword Shield
How To Breed The Best Pokemon

Check out this guide on how to breed the best Pokemon on Pokemon Sword and Shield. Includes info on how to breed, IVs, how to use Ditto and Destiny Knot, Nature, Abilities, and more!!!

Things You Should Know Before Starting

In Pokemon, even two Pokemon of the same species will have distinct individual characteristics. These include IVs, Natures, & Abilities. Breeding is the process through which you can select particular traits to pass down to new Pokemon. This is done by leaving two parent Pokemon together in the Nursery & repeatedly hatching the eggs they produce.

Learn What The Pokemon Nursery Is Here

Things Which Are Inherited From Parents

Should You Breed? - Nature & IVs

Although the breeding process in Pokemon Sword and Shield has gotten slightly easier compared to previous games in the series, it's still a very time consuming process. Breeding still plays a huge role in creating strong Pokemon in order to win Ranked Battles.

You will be able to modify the stats affected by a Pokemon's Nature by using an item called a Mint. However, you need a lot of Battle Points (BP) to do so. Breeding is also necessary to create strong Pokemon with which to farm BP in the first place.

Use Hyper Training To Max Out IVs

Things To Do Overview

You will need to unlock the Judge Function to check the IVs of your Pokemon. Head to the Battle Tower and reach the Poke Ball Tier rank in order to unlock it.

Check Out The Battle Tower Guide!

3. Catch A Ditto With High IVs

Leaving any Pokemon with a Ditto will give you an egg from the non-Ditto Pokemon. In order to inherit high IVs, you want to catch a Ditto with 4 ~ 6 max IVs.

Learn How To Catch A Ditto With High IVs From Here

Breeding - How To Do It Efficiently

Step 1: Breeding For The Best Ability

Normal Abilities Are Likely To Be Inherited From A Female

When you breed two Pokemon with normal(= non-hidden) abilities, you will have a 70% chance of inheriting the ability of the female Pokemon.

Hidden Abilities Are Inherited At A 50% Chance

Use An Everstone To Pass Down Natures

Everstones Can Be Held By Both Genders

It doesn't matter which parent holds the Everstone. Whichever parent is holding Everstone passes down its Nature.

Learn More About How Natures Work From Here

Step 3: Breed For The Best IVs

Use The Destiny Knot

Eggs inherit 3 random IVs from their parents. By using the Destiny Knot, you can inherit 5 IVs! Keep in mind, you will inherit 5 from both parents, which means that if both parents have higher IVs, the chance of producing a better Pokemon will increase.

Combining a Power Item with a Destiny Knot does not guarantee you will pass down 6 IVs. It just means that you are guaranteeing one particular IV. It's generally recommended to use the Destiny Knot + Everstone when breeding in most cases.

Find Out How To Get The Destiny Knot Here!

Other Useful Items For Breeding

Learn More About IVs From Here

Pokemon Within The Same Egg Group Can Breed

If two Pokemon are in the same group, they can produce an egg. The egg will always be the same species as the female Pokemon.

Breed Without A Ditto

Although having a 6 IV Ditto is ideal, if you don't have one you can still pass down IVs effectively by using Egg Groups. If you have a Pokemon with 5-6 IVs, check to see how you can pass its IVs down in an egg group.

Dubwool is in the Field Egg Group, while Grookey is in Field & Grass. This means that the high IV Dubwool you got in a Raid Battle can actually come in handy!

We recommend having 1 high IV (5-6) male ♂ Pokemon for each of the 13 Egg Groups. This will give you the freedom to breed anything you need.

Check Out All Egg Groups Here!

Some moves can only be learned through breeding. In order to learn these, you'll have to be aware of the egg group relationships among Pokemon. Use our Egg Move Search Tool to find the best way to teach a Pokemon a move.

Pass Down Egg Moves Without Breeding A New Pokemon

In Sword and Shield, it's possible to transfer an egg move between two of the same Pokemon. Put two of the exact same Pokemon in the Day Care & make sure the one you want to learn the move has an empty move slot. After some time, the egg move will be passed on.

Things You Should Do After Breeding

Use Items to Change Stats after Breeding

Items can be used to manipulate your Pokemon's IVs, Nature, or even a Pokemon's Ability. This will allow you to create the ideal Pokemon without needing to breed again.

How to Get Bottle Caps

Check Out the How to Farm BP Here

Optimize The Base Points (EVs)

▲The picture shown above is from a previous generation and is meant as an example!!!

Base Points, which are also known as "Effort Values" or "EVs", are one of the main ways you can customize your Pokemon's stats. The picture above is a comparison between two level 100 Pikachu. The right one has Base Point training while the left one has no Base Points.

How To Earn Base Points (EVs)

Earn Base Points With Items

Item such as Vitamins (Calcium, Carbos, Protein, and others) give 10 Base Points to one specific stat. Unlike previous generations, you can reach max EVs by only using Vitamins .

Vitamins can be bought with BP or money, but it is recommended you buy them with money at a Pokemon Center in Wyndon as BP is required for a lot of other end-game content. Money can also be earned faster than BP.

How to Earn Money Fast

Base Points can be earned by defeating other Pokemon. The type of Base Point the defeated Pokemon gives is different from species to species. For example, Diglett gives you 1 Speed Base Point.

Check Out What Pokemon Give Which Base Point From Here!

The last thing you should do to make the strongest Pokemon is to raise them to level 100. Use items such as the Lucky Egg to efficiently get EXP.

Fortifying your bond between your Pokemon will also yield tactical advantage as well! Learn more about how to check & raise Friendship Level from the guide below.

Use your best Pokemon and take part in the Battle Stadium, the online Ranked Battle feature in Sword and Shield! There are also official competitions run by Nintendo as well.

Good Way To Get Shinies

Breeding can also be a good way to hunt for shiny Pokemon. Since you have access to an unlimited amount of Pokemon via eggs, it is especially good for farming Pokemon that are rare to find in the wild. Make sure you complete your Pokedex so you can get the Shiny Charm! Read our detailed Shiny guide for more information.

Find Out How To Hunt Shiny Pokemon Here!

Just say you had a 6IV Ditto holding a destiny knot, and another 6IV Pokémon holding a power brace. You're still guaranteed to get a 5IV child, but Attack will always be p***ed down from that parent. I would say just use everstone so you get a set nature.

What happens if you combine a power item with destiny knot?

Really helpful, but for the egg move, can you add some information i had to find somewhere else? basically just that they need to be the exact same mon to p*** egg move between parents, and that gender doesnt matter, just throw em at the nursery.

Hyper trained IVs don’t p*** down through breeding either.

Thank you! Fixed the article.