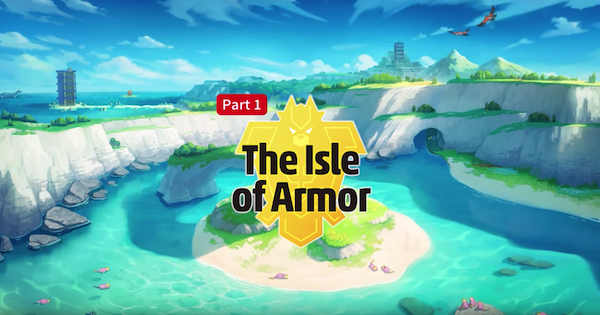 The DLC is now Live. We will update this article as we progress through the new content!

As of June 17th the DLC for Isle Of Armor is live and playable! However, you will need to download an update, perhaps manually, in order to do so!

Check Out How To Start Isle Of Armor Here

Good news everyone - Pokemon that follow you in the overworld is now a returning feature! Although it only seems to be accessible on the Isle of Armor, once you get to a certain stage in the story you'll be able to have a Pokemon walk alongside you while outside!

Check Out How To Unlock Following Pokemon

The evolution of the Galarian Slowpoke players were able to obtain a while back was revealed - Galarian Slowbro bears similar markings on its head, except this time they're purple instead of yellow!

> Galarian Slowbro Stats And How To Get

Gigantamax Venusaur and Blastoise Shown Off

Gigantamax Venusaur and Blastoise also popped up during this announcement. Although this isn't the first time we've seen their slick appearance, we got a chance to see more of their animations!

One of the more unexpected features revealed in this update was the Cram-o-matic. According to the game's official site, this is a recycling machine - if you put in 4 items, it will combine them and create a new item for you! This new item could be a Poke Ball or a PP Up.

More Info On The Cram-o-matic

Briefly glimpsed in the video, a new feature called "Max Soup". This soup will be made from ingredients found on the Isle of Armor, and if a Pokemon drinks it, it will gain the ability to Gigantamax!

Both Urshifu's forms will have the ability to Gigantamax. It's not clear if the Kubfu you receive at first will be capable of Gigantamaxing right away.

Check Out How To Get Urshifu Here

18 new Move Tutors moves have been added to the game, one for each type! They will require Armorite Ore to teach to your Pokemon, so make sure to save it up! Below are just a few examples of some of these moves. For the full list, check the link below.

Apricorns are special fruits introduced in previous generations. Unlike berries and other fruits, Apricorns are mainly used to create makeshift Pokeballs to catch Wild Pokemon with. They make their return in Isle of Armor.

You will also find new items in the Isle of Armor. One is the Exp Charm that will help players to level up their Pokemon and Armorite Ore that can be used for new tutor moves.

Afer finishing your training with Mustard, you'll be reward with the Pokemon Kubfu. By challenging the Towers of Two Fists with your new Kubfu, it will evolve into Urshifu!

Kubfu Evolutions Branch Based On The Tower You Clear

The Towers of Two Fists consists of two towers; the "Tower of Darkness" and "Tower of Waters". Depending on which tower you’ve taken on, Kubfu will evolve into a slightly different Form.

Learn More On Towers Of Two Fists From Here

The G-Max moves of the Gen 8 starters (Inteleon, Cinderace, and Rillaboom) were revealed. Their G-max moves have very high attack and ignore the opponent's ability!

There will be new outfits and league card decorations added as well! You will be able to dress up as Marnie and many more characters.

Where Is The Isle Of Armor?

Location and Map Of The Island

Check Out The Detailed Isle of Armor Map Here

The first part of the Expansion Pass will take place on the Isle Of Armor, which has many lush, beautiful environments for players to traverse and explore. The central theme of the adventure will be Growth, so players will have to train themselves to become even more powerful!

Over 100 Old Pokemon Are Returning

100+ Pokemon are said to be returning with this first update. In total, once Crown Tundra is released in Fall 2020, there will be a total of 200+ new Pokemon in the game!

↓ Check Out All New Pokemon Coming In This DLC

Even if you don't buy the Expansion Pass, you will be able to get the newly released 200 Pokemon in game. Since you can't go to these areas, you will most likely have to trade for them or bring them over with Pokemon Home.

In line with the theme of Growth, players will become trainees at a Dojo on the Island. There you will get the opportunity to grow even stronger.

DLC's Version Should Match Your Own Game

You will need to purchase the Expansion Pass that matches the version of the game you own. If you are playing Pokemon Shield, you can only play the Pokemon Shield expansion pass.

Just like with the previous Galarian Pokedex, the Isle of Armor features Pokemon which can only be caught in one of the two versions! Pokemon that were previously version-exclusive remain so in the DLC.

Your Rival Changes (Klara Or Avery)

Depending on which version you are playing, your rival changes.

Get And Train Kubfu

When on the island, you will be given the new legendary Pokemon Kubfu by the new character Mustard. Kubfu is a fighting-type, which can evolve into Urshifu!

Check Out How To Get Kubfu Here

Urshifu will have two main forms: Single Strike Style and Rapid Strike Style. You will be able to choose which one your Kubfu evolves into.

Information from the Nintendo Direct showcase revealed that Urshifu will be usable in competitive online ranked play!

This list also includes the evolutions of confirmed Pokemon!!!

※ Blastoise and Venusaur are already available, but they will be getting Gigantamax forms in the DLC!!!

Check Out A List Of All New DLC Pokemon

I just found Kabu on Challengers Road after completing this, is he part of something or just there as an Easter egg? 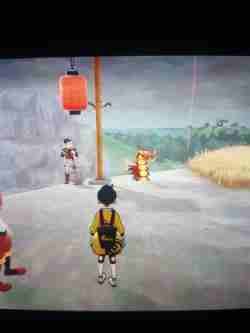