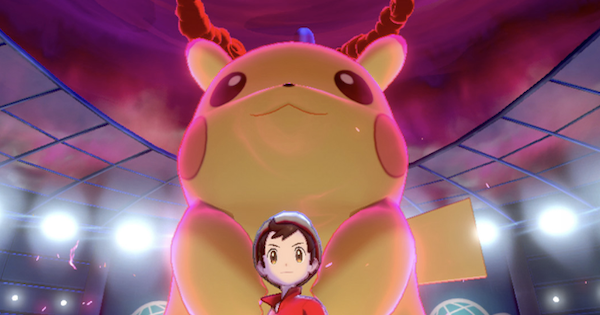 Check Out Our Beginner's Guide & Tips!

Pokemon Gyms Are Back!

The objective of the story is to become the winner of the Champion Cup by defeating all Gym Leaders. Some Gym Leaders only appear in certain version of the game. For example, Allister only appears in Shield whereas Bea Only Appears in Sword.

Z-Moves and Mega Evolutions have been removed from the game. Pokemon who previously were able to use these will not be able to perform them anymore. These have been replaced with new Sword and Shield battle features.

The previously used Rating Battle system will be removed and replaced with Ranked Battles.

Some Pokemon Can Gigantamax

Gigantamax not only makes Pokemon huge but also changes the form of Pokemon and allows them to use special attacks called G-Max Moves.

Check Out How To Catch Gigantamax Pokemon!

Another new feature in the game are Max Raid Battles that you can participate in at the Wild Area. These involve teaming up with other trainers to take down a Dynamax Pokemon and capture it!

Pokemon in Max Raid Battles may have higher Dynamax levels when captures. This means that when you Dynamax that Pokemon, they will have higher HP during Dynamax.

Check Out How To Raise Dynamax Level!

The Wild Area is a vast expanse of land that interconnects various towns and cities. In Wild Areas, you'll be able to find many different Pokemon, activities such as Max Raid Battles and even the Rotom Rally.

Bond With Pokemon In Pokemon Camp

Another thing you can do in the Wild Area is to camp out with your current Pokemon party. In the Pokemon camp, you can interact with your Pokemon & play with them - raising your friendship levels and more!

In the Pokemon Camp, you'll be able to cook Curry and eat it with your Pokemon. This mini-game restores your Pokemon's HP, PP, and gives them both experience points and friendship level points!

Check Out How To Cook Curry!

Replacing the "Wonder Trade" feature of the previous Pokemon Game, "Surprise Trades" allow trainers to access trading randomly via their Y-Comm in the game. Now you can trade randomly any time!

Check Out How To Use Surprise Trades!

In Pokemon Sword & Shield, you'll be able to send off several Pokemon at once to work on jobs. Access the Rotomi in any Pokemon Center & check for new jobs. Assign the right Pokemon and they'll come back stronger & with more experience!

Unlike the Alola region where all the scenery is tropical, the Galar region is filled with varied nature, from huge grassy plains to modern towns and cities.

Check Out The Galar Region Map!

Check Out All The Galarian Pokemon Forms!

Another new feature in Pokemon Sword and Shield is how you can now create Pokemon League Cards and customize them to a certain extent. You can collect these and exchange them online with fellow trainers, too!

Change How Your Character Looks

You can also customize the way your character looks to make your League Card look more like you! From hairstyles, clothes, to accessories, you can make an exact representation of yourself in the game!

The Pokemon Center now also has several additional functions aside from healing your Pokemon. You can also have Pokemon nicknames criticized or relearn forgotten moves!

Check Out How To Remember Forgotten Moves!

The Rotomi machine in the Pokemon Center has a lot of functions that can serve you well. You can check your Pokemon storage, edit your League Card, find Pokemon Jobs, and even play the Loto-Id!

Earn New Titles For Some Pokemon

Some Wild Pokemon you catch will have a "mark" on their ribbon page. If you choose to activate it, your Pokemon will now have a title that appears every time it enters battle!

There will be quite a few new abilities introduced in Sword and Shield. For example, Corviknight's ability Mirror Armor reflects any stat-lowering effect to the opponent.

Check Out All The New Abilities Here!

Fight Other Players In Battle Stadium

Battle Stadium lets you fight with other trainers online. Become No.1 in the world and participate in the Pokemon Sword and Shield World Championships!

Check Out The Battle Stadium Guide!

There is also a new phone and tablet application linked to Sword and Shield called the Dynamax Camera App which lets you see Dynamax Pokemon in the real world!

Check Out What The Dynamax Camera Is Here!