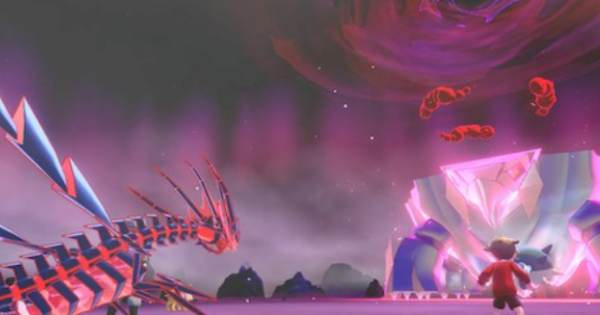 Read this Pokemon Sword and Shield guide to know the best Pokemon to bring for Max Raid Battles! Includes Eternatus, Zacian, or Zamazenta, and other recommended max raid Pokemon!!!

Moves With Short Animations Or Auto Control Are Preferred

In raids, the battle animations are always turned on and cannot be skipped. Pokemon with short move animations as well as moves that allow Pokemon to auto-attack (like Uproar), can save you a lot of time in the long run.

Eternatus Is The Best Pokemon To Bring For Max Raids

Check Out How To Catch High IV Eternatus!

Why Is Eternatus Recommended?

Guaranteed Capture In The Game

Eternatus is a guaranteed capture in both Pokemon Sword & Pokemon Shield. This way, you do not need to capture any other Pokemon first before delving into the endgame Max Raid Battles.

Eternatus has a very powerful Dynamax move called Dynamax Cannon. This move deals double damage to Dynamax Pokemon. Using this move repeatedly will allow you to bring down the opponent's HP quickly.

Eternatus's Dynamax Cannon is a special move so you want it to have high Sp. Attack. The Choice Specs limit you to only using one move, but they significantly increase Sp. Attack. They can be found near the stage in Spikemuth Stadium.

When using Eternatus, make sure to adjust its nature to the ones recommended below. It's also best to get its Sp.Attack stat to 252, making its Dynamax Cannon more damaging with the Choice Specs.

Why Are Zacian Or Zamazenta Recommended?

If you're facing a Pokemon that is strong against Dragon Pokemon, bring Zacian or Zamazenta. They are powerful Pokemon that can substitute for Eternatus.

Nature Can Be Easily Selected

When using Zacian or Zamazenta, you don't need to make them hold any special items. You can focus on attacking the Dynamax Pokemon and winning the Max Raid Battle.

Once you reach endgame, you can focus on breeding and EV training the strongest Pokemon in the game for Ranked Battles. These are also viable Pokemon to use in Max Raid Battles, especially if they have a type advantage.

Can you do a list of non legendaries for max raid battles? Like something for each typing with best item equiped, move set, and what not. Please and thanks!