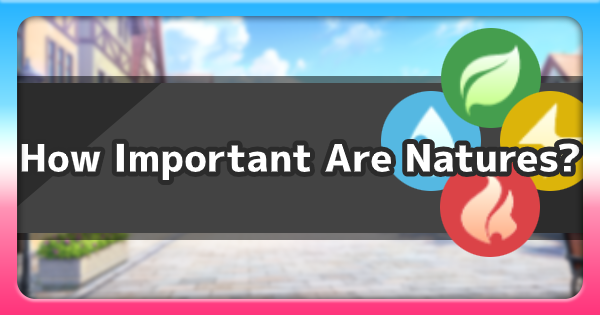 Learn all about Pokemon Nature in Pokemon Sword and Shield. This includes best natures, how to change natures with mints candy, breeding, all natures list, and more!!!

Check All The Endgame Contents From Here

Change The Growth Of Stats

Natures are a Pokemon's unique personality, which affects how their stats develop. Usually, one stat will grow 10% faster, while one stat grows 10% slower.

The nature of a wild Pokemon you catch is totally random. While the name of the Nature displayed on your Pokemon's stat screen cannot be changed, the boosted and lowered stats can be changed using a Mint!

▼Check Out More Info On Mints Below

Allow You To Specialize Your Pokemon

Natures allow you to maximize the potential of your Pokemon by increasing a certain stat. In the above picture, the Pikachu on the left has a neutral nature (no stat changes), while the one on the right has a Timid nature (increases speed but lowers attack). The difference at level 100 for Pikachu is 10 stat points (10%).

Pass Down Natures Using An Everstone!

Use an Everstone to pass down a nature of a Pokemon when egg breeding. This guaranteed that the egg will inherit the nature of the Pokemon parent with the Everstone. .

Check Out How to Get the Everstone Here!

It's recommended to boost a stat your Pokemon is already good at, rather than boosting a weak stat. This will maximize its potential in one specific role.

Check Out Tips On How To Build A Team Here!

Build a Competitive Team with Natures

Natures play a part in creating a powerful team of Pokemon. Learn recommended builds and natures for competitive Pokemon in the link below.

Check Out the Competitive Builds Here

The speed stat determines which Pokemon goes first which can decide the outcome of a battle. We recommend considering natures that increase speed, including Timid, Naive, Hasty, and Jolly.

How to Change Pokemon Nature

In Sword and Shield, you can purchase Mints which change the nature of a given Pokemon. The mints are named according to the Nature they provide, so they will be intuitive to purchase.

Check Out How to Get Mints Here

Mints will be purchasable with BP, which can be earned at the Battle Stadium with Rank Battles. BPs are hard to be farmed, so think well whether to use BPs for Mints.

please edit nature for +ATK/-SP. DEF. it shoul be NAUGHTY.