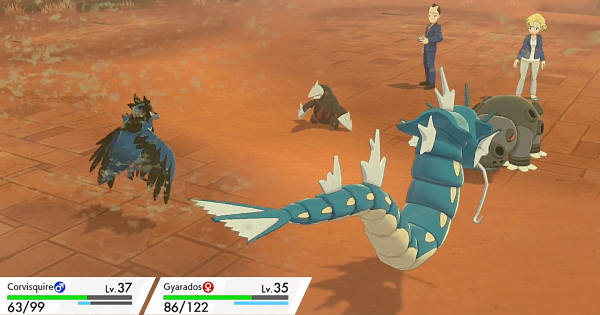 Battle Of 1 Trainer Versus 1 Other Trainer

The single battle in Pokemon Sword and Shield works the same way as those in the previous games. Here, you're pitted in a solo fight against another solo trainer & you'll take turns using Pokemon moves until you knock out the other's party.

Battle Of 2 Pokemon Versus 2 Other Pokemon

Introduced in the later Pokemon games, 2v2 is when two Pokemon fight another set of two Pokemon. The same mechanics apply, Pokemon use moves until the opposing party's list of Pokemon are all knocked out.

Has 2 Trainer Versus 1 Trainer Situations

There are times when you can be pitted against other trainers but won't have any other trainers to fight alongside you. This can happen during the story or when you encounter a set of Pokemon trainers on the road.

Work As Team Of 4 Versus Dynamax Pokemon

A new feature in Pokemon Sword and Shield, Max Raid battles pit 4 trainers against a giant overpowered Pokemon. Trainers take turns to unleash their moves on the Dynamax Pokemon until it's weak enough to be captured.

What Is The Battle System?

The battling system in Pokemon Sword and Shield is similar to that of previous games. It still is the main way that trainers battle other trainers in the story and online, having their Pokemon compete with each other to see who is the strongest.

Pokemon battles are a test of trainer's skill in raising & strengthening their Pokemon. How they build their party is important and crucial to winning Pokemon battles in the story.

Check Out How To Build A Strong Team!