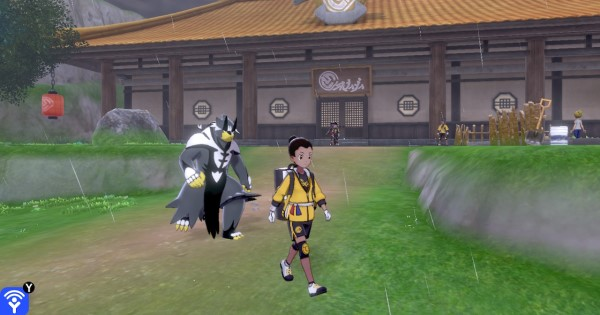 Read this guide to make Pokemon follow you in the Isle of Armor expansion DLC in Pokemon Sword and Shield. Learn how to get following Pokemon, walk with Pokemon, how to unlock & toggle!!!

Check Out Other Features In The Isle Of Armor Here

Lead Pokemon Walks With You

The follow feature has finally made its return to Pokemon! On the The Isle Of Armor the Pokemon at the head of your party will follow behind you when you're out in the overworld. Each Pokemon seems to have a different walking speed as well!

Some Pokemon will be able to follow you while you traverse over bodies of water! Ones who aren't capable of floating/flying will temporarily disappear while you're riding your water bike.

Unlocked Once You Get Kubfu

Once you get Kubfu (by defeating Mustard), he'll let you know that you can now walk around with your Pokemon behind you!

Check Out The Isle Of Armor Walkthrough Here

How To Toggle Pokemon Following You

Talk To The Kid In The Dojo

In the bottom left corner of the kitchen/dining room of the Dojo you'll find a young kid in a Pikachu costume. Talking to him will allow you to toggle the follow feature on or off!