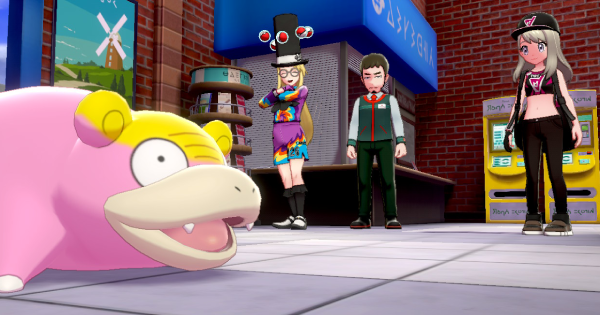 Check out where to find the new Rival Avery in Pokemon Sword and Shield Isle Of Armor (Expansion Pass DLC). This includes how to beat Avery, Pokemon team, location, how to get Galarian Slowpoke!!!

Avery Location - Where To Find (Shield Only)

Check Out Where Wedgehurst Is Here

Wedgehurst Station Is South Of The Poke Center

You can find Wedgehurst Station right after passing Route 1. It's south of the Poke Center if you fly there.

Talk To Slowpoke Once It Appears

You can initiate the Pokemon Battle with Slowpoke by talking to it after the cutscene. You will be prompted to start the battle before proceeding. This is your chance to catch it!

Check Out How to Get Galarian Slowpoke Here

You'll need to update the game first before Avery will appear in the Station. Make sure your game is up to date and download the necessary updates.

How to Update Sword and Shield

Pokemon Team & How To Beat

Both Pokemon on Avery's team share a type, so you should be able to steamroll them with a powerful enough Dark or Ghost type!

Just like Klara, Avery has brought more Pokemon to the fray this time around. All 3 are Psychic type, however, so basically any Ghost or Dark Pokemon you bring should be able to deal with them easily!

Sets Up A Weird Battlefield

Avery will set up Psychic Terrain immediately when battle starts. The main effects of this are that Psychic moves deal more damage, and that priority moves won't work! Be careful.

Just like Klara, Avery will Dynamax his Galarian Slowbro. If you've brought a Dark or Ghost type Pokemon, you should be able to handle it easily. Just be careful if using a Ground type, as it knows a Water move!

Avery is somewhat of a one-trick-pony: all his Pokemon are Psychic and they're all weak to Ghost and Dark types. We highly recommend Dark type Pokemon, as they also happen to be immune to Psychic moves.

A gentleman with a deep understanding of the mind, Avery is a new rival you will face in the Isle of Armor. He's a Psychic-type trainer!

The Isle of Armor is the first of two expansions that will be released for Sword and Shield. They are exclusive for those who purchase the Expansion Pass.