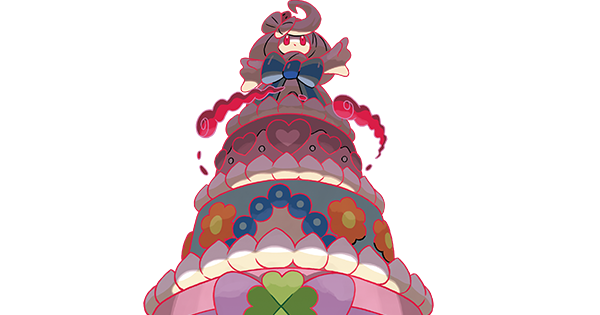 Pokemon Sword Shield
What Is Dynamax And Gigantamax?

Read this article to learn more about Dynamaxing and Gigantamaxing, Max Moves and G-Max Moves, and the Dynamax Band in Pokemon Sword and Shield, and more!!!

The two new battle transformations in Pokemon Sword & Shield are called Dynamax & Gigantamax. Both of them let your Pokemon become massive, increase their power, and give them new abilities.

No Special Tools Needed To Activate

In Pokemon Sword and Shield, all Pokemon can use Dynamax and you don't need any special tools to activate it, unlike Mega Evolution and Z-Techniques!

Even if you've already locked yourself into a move with a Choice Scarf, once you Dynamax that limitation will disappear. You'll be able to use other moves again however the benefits of held items are rendered ineffective.

Activation Is Limited To Specific Battles

Using Dynamax is limited to big stadiums and gyms. You cannot use them in wild Pokemon battles or Trainer battles outside.

Battles Where You Can Use Dynamax

Used Only Once Per Battle For 3 Turns

Dynamax is a powerful and strategic feature but it can only be used once per battle and lasts for only 3 turns. If your Pokemon is inflicted with status effects that render them immobile, these turns are also counted.

When you switch out your Pokemon that's been Dynamaxed, they'll return to their normal state. If you switch them back into battle again, they won't be in Dynamax anymore.

A Pokemon's moves turn into Max Moves when they activate Dynamax. The type of Max Move they'll have will depend on the move they already have on their list.

Even if you use the move "Protect", which protects a Pokemon from an opponent's move, you'll still get hit by the enemy's Max Move. Dynamax moves normally cannot be evaded or be protected from.

The power of the Max Move will highly be dependent on the base move that you've chosen. For example, Max Geyser will be stronger when you choose the base move "Hydro Pump" versus "Water Gun".

When a Pokemon uses Dynamax, their maximum HP limit will be increased. This allows them to withstand other Pokemon's Max Moves used against them.

Trainers can increase their Pokemon's Dynamax Level by feeding them a Dynamax Candy. Increasing their Dynamax Level will give them higher HP during Dynamax.

Check Out How To Increase Dynamax Level!

HP Is Healed During Dynamax

Your Pokemon's HP will be healed when you activate Dynamax, helping save your Pokemon from fainting when its HP is low.

Can Disable Some Status Effects

While Dynamaxed, moves like Fake Out and Encore have no effect. More moves that have no effect are still being confirmed, but flinching moves and restricting moves (like Wrap) are ineffective.

Pokemon can be paralyzed or put to sleep while Dynamaxed. Be careful with sleep, as it can waste your 3-turn Dynamax. Also, fixed damage with burns or poison is calculated based off the original Pokemon's HP.

How To Activate Dynamax

The Dynamax Band Is Required

In order to Dynamax your Pokemon, you will need to have an item called the Dynamax Band! This will be given to you by Professor Magnolia early on in the story.

Activate When Selecting A Pokemon Move

You can activate your Pokemon's Dynamax when you select a move from its list. When the circle is filled, you'll be able to activate Dynamax.

All Dynamax Moves In Pokemon Sword And Shield

A Stronger, Rare Version of Dynamaxing

While every Pokemon is able to Dynamax, only a limited number of Pokemon are able to Gigantamax! Also, not every member of a species can Gigantamax. This means such Pokemon will be very rare.

Check Out All Gigantamax Pokemon Here!

How To Check If Pokemon Can Gigantamax

Only specific Pokemons have the ability to Gigantamax, even if its the same Pokemon species. Which Pokemons has this ability can be checked in the Summary, with a red X symbol on the top right.

Unlike Dynamax Pokemon, Gigantamax Pokemon will change their appearance entirely!

Another big difference is that Gigantamax Pokemon have a special "G-Max Move" which is unique to each species of Pokemon.

Catch Them In The Wild Area

Gigantamax Pokemon will be available to catch in Max Raid Battles, which you can find in the Wild Area. They will be very rare, so good luck!

All G-Max Moves In Pokemon Sword And Shield

Check Out How To Get Gigantamax Pokemon!