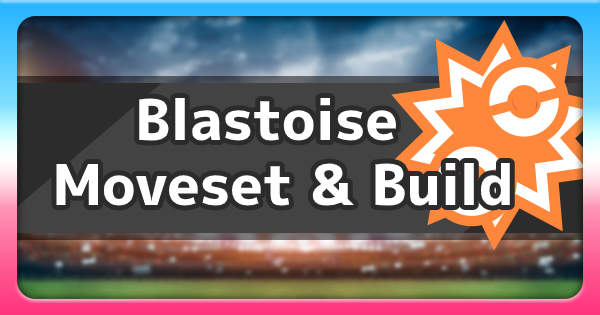 Check Out All Competitive Builds Here!

The following is a part of our upcoming series of builds provided by Japanese Pro players! This guide is provided by Konoe!!

Blastoise has gained the move Shell Smash in Sword and Shield, meaning its offensive capabilities have significantly improved. As with most other Shell Smash users, Blastoise now aims to be a full sweeper, but it also has an excellent movepool to help support it in its endeavors.

Aim For A Full Sweep With Wide Move Coverage

Shell Smash Blastoise's main strength is its incredibly wide range of moves, which can cover many weaknesses. Your goal here will be to go for a full sweep. Since Blastoise is also defensively quite strong, it has a little more leeway when using Shell Smash.

Using Shell Smash will cause your Defense and Sp. Def to drop significantly. If you happen to have a White Herb however, you won't suffer these stat changes the first time you use Shell Break, which is excellent.

It's totally fine to just max out Speed, but you can also adjust EVs so you have just enough to outspeed a particularly threatening Pokemon. If you do so, put the leftover EVs into HP.

Outspeed It And Use Taunt

Blastoise builds tend to rely exclusively on Shell Smash for their damage output. If you can get a Taunt off before it uses Shell Smash, you'll be able to effectively shut it down completely.

Use Pokemon With "Unaware"

The ability Unaware lets your Pokemon ignore the opponent's stat changes, meaning you don't have to worry about Blastoise's increased damage due to Shell Smash!

Unless Blastoise has a Focus Sash equipped, using high damage super-effective moves is another great way to take it out. Hit it the same turn it uses Shell Smash and take it out in 1 hit!

All of the information in this article, including EV distribution, counters, and moves, has been provided to us by the Japanese Pro Player Konoe.

I think it would be good coverage against electric

Would earthquake work in a physical build?