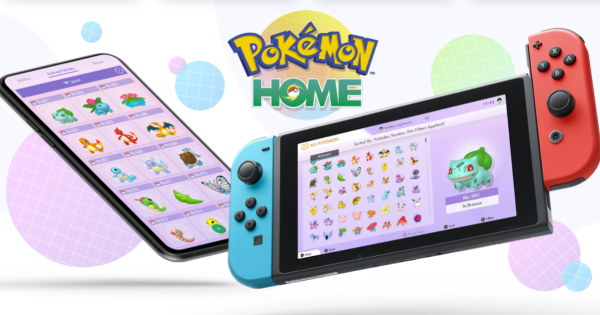 Read this guide on the Pokemon Home for the Switch & Mobile app to learn the release date, price, news, features, details, battle data, how to Transfer, and more!!!

Occurred Due To Max Raids On June 29th

On June 29th (US time), Pokemon Home was hit by a communication error, meaning it is currently unusable.This error seems to be causing in-game crashes for Pokemon Sword and Shield too. No patch has been made available yet.

Check Out More Info On The Communication Error Here

Several errors are reported in the newly released Pokemon Home app. The Japanese Official Twitter Account apologized for the inconvenience & linked to a page with possible solutions.

The above 3 errors have occurred so far in Pokemon Home. The first two have been resolved via patches, but the third verification error is still being worked on.

What Can You Do With Pokemon Home?

With Pokemon Home, users can transfer Pokemon they've caught from various Pokemon games and move them into the app. Players can connect to Sword and Shield, Let's GO Eevee or Pikachu, & even Pokemon Bank from the 3DS.

When you move Pokemon into a different game, you will not be able to use them in Ranked Battles Season 3 if they have older moves. This is due to the policy that only Pokemon available on Feb. 1 or from the Galar Region can participate.

Obtain Other Pokemon For Free

By getting Pokemon Home you will be able to get a total of 4 free Pokemon! You will only be able to choose from 1 of 3 Kanto original starters, so choose wisely!

Which Kanto Starter Did You Choose?

With Pokemon Home's mobile app, you'll be able to trade Pokemon through 4 channels - Wonder Box, GTS, Room Trade, and Friend Trade. These all require the Pokemon Home mobile app for you to trade!

New Pokemon Can Be Transferred Over

This new update has made around 50 Pokemon available to use in Sword and Shield, as well as many previously unusable Hidden Abilities for pre-existing Pokemon! These can be used in Ranked Battles, so make sure to check them out!

A Judge function will be implemented for Pokemon Home both on the Switch & Mobile version. This will allow you to see the stats of Pokemon, including IVs and EVs. Only Premium users will be able to access this feature.

All Pokemon transferred into Pokemon Home will be registered into your National Pokedex. If you move the same Pokemon from different games, you'll be able to see their Pokedex entries from the different versions!

When you transfer specific Pokemon, you'll be able to complete Research Tasks in Pokemon Home. You can find this tab in the National Pokedex section of the app.

▲The Pokemon marked with red boxes above are all Shiny!!!

On the Pokemon Home box screen, you'll be able to determine at a quick glance which Pokemon are shiny by looking at their icon.

You'll earn Pokemon Home points as you keep depositing Pokemon into the app. With the Switch version, you'll be able to convert these points into BP in the Pokemon core games.

Check Out How To Earn Battle Points!

Gain 3000 Points For Transferring From Bank

When you carry over your Pokemon Bank data into Pokemon Home for the first time, you will get a special bonus of 3000 points!

How To Transfer Data From Pokemon Bank

For Ranked Battle Stats, you can view both Single and Doubles matches, as well as switch between Player and Pokemon rankings. You can also check our your own rank for each season of the game thus far.

First things first, you need to download the Pokemon Home app from the Nintendo Shop. This is a free download.

After downloading the app, open it and make sure you're at the main menu. In the main menu, choose the "Deposit" option indicated in the photo above.

Transferring Pokemon from the 3DS will be different as it will require the Premium plan. There is a separate option in the main menu for you to select.

Choose Which Game To Connect To

When you've chosen the "Deposit" option, you'll be able to choose which game you want to transfer Pokemon from.

After choosing the game save you want to access, you'll see the Pokemon in your game's box. You can select the Pokemon you want to transfer and drop them into Pokemon Home's Basic Box.

After you've moved the Pokemon, choose "quit" and save your box settings to make the transfer complete. Now you'll see your Pokemon in your Basic Box in Pokemon Home, or in another game if you've chosen to transfer from Pokemon Home into a game.

The main feature of the Pokemon Home app on the Nintendo Switch is the capacity to move and transfer Pokemon.

With the mobile Pokemon Home app, you'll be able to trade Pokemon. You can get Mystery Gift codes and check news or battle data as well.

Judge Pokemon With Both

You'll also be able to check Pokemon's stats, both IVs and EVs, in Pokemon Home with the Switch & mobile versions. The Premium Plan is needed to get this feature.

In the Basic Plan for Pokemon Home, users will only be able to deposit up to 30 Pokemon. They can only also place 3 Pokemon at once in the Wonder Box or trade 1 Pokemon by GTS at once.

In the Premium Plan, aside from having huge amounts of space in Pokemon boxes, you'll also be able to judge Pokemon and host Room Trades!

New Pokemon In Sword And Shield

Only Galar Pokedex Pokemon Can Be Transferred!

Not every Pokemon of the previous series can be transferred: the number is currently limited to specific Pokemon. However, Over 200 Pokemon will be added to the Galar Pokedex in the Expansion Pass, which will come in 2 parts, the first in June 2020, the second in the Fall.

Pokemon Home was released in February 12, 2020 and is currently available for download in the Nintendo Switch e-shop.

Although Pokemon Home will be available for free for all users, there will also be a premium feature. The price of the premium Pokemon Home service is 15.99 USD per year, or .99 USD per month.

This is annoying you have to buy so much stuff