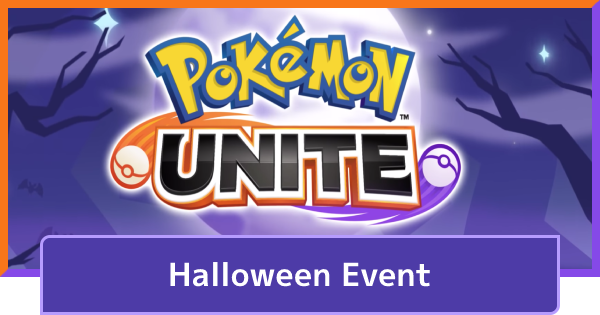 Halloween has come to Pokemon Unite! Starting Wednesday, October 20th, players can expect to have a new larger-scale event featuring various updates, including skins, trainer clothing, and even a brand new Pokemon! Note that many aspects of this event will only continue until November 10th, so hurry!

You'll be able to acquire Pumpkins by doing various events during Halloween. These Pumpkins can then be exchanged for prizes! You can even claim a Greedent License as one of these prizes.

Not All Rewards Are Obtainable At The End Of The Event

Note, however, that to get all rewards you would need over 160 Pumpkins, which is not realistically possible to get during the event. You'll have a limited amount of Pumpkins (around 100) available, so you'll have to choose what you buy carefully.

One of the most exciting additions in this patch is the new Pokemon Greedent. This generation 8 normal-type is a Defender, though it also packs quite a bunch in battle!

One of the main features of this patch is a new Quick Battle Mode playable only on Mer Stadium for a limited time only. In this mode, you'll get a pumpkin instead of your regular Battle Item! This will let you transform enemy Pokemon into Pumpkins.

Effect Of The Pumpkin Transformation

New Halloween-themed skins were also added in this update, specifically for the likes of Lucario and Zeraora. In the trailer, skins for Eldegoss, and Wigglytuff were shown, but they do not seem to have been added as of yet.

※ The Wigglytuff and Eldegoss skins are not yet available in-game.

New fashion is coming not only for your Pokemon, but for your trainer avatar as well! A witch's hat, candy bag, and other spooky seasonal items will be available to obtain in-game! Note that many of these will also be limited-time only.

Further ways to customize your character's profile, including a frame, sticker, background, and pose, were all added. These are all rewards obtainable from exchanging Pumpkins, ▼which you can see in further detail below.

A large-scale patch for Pokemon Unite also accompanied the October 20th Halloween Update. This included bug fixes, text fixes, shop updates, & balance adjustments! You can check out the link below for more information about what exactly was changed.