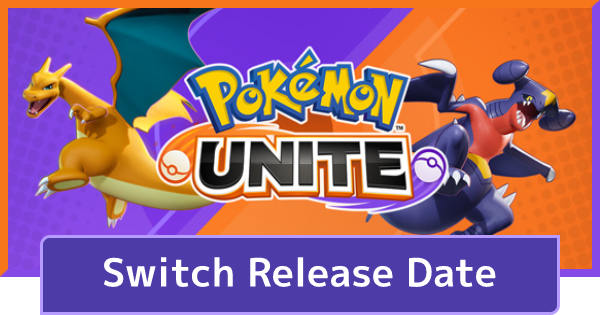 As of July 20, Pokemon Unite was made available for pre-download on the Nintendo E-Shop! The game is now available for download at any time.

Pokemon Unite's release date was officially revealed on July 15th: the full game will release on Switch only on Wednesday July 21st! We're not yet sure what exact time the game will go live.

Get Zeraora just for logging in before August 31!

Zeraora, a Pokemon playable in previous beta tests, was announced to be launching alongside Pokemon Unite on July 21st. However, this Pokemon can be obtained for free simply by playing the game at any point before August 31st!

Since Pokemon Unite is coming out first on the Switch, players may be wondering how they'll be able to smoothly transition between devices. Good news is that by logging into your Nintendo Account or Pokemon Trainer Club account, you'll be able to seamlessly sync your game data to any device. With that, do play ahead on your Switch while waiting for the Mobile Release.

The beauty of the newest Pokemon game is that it enables cross-platform play - giving users the freedom to play on their TV screens using the Switch or play on the go with their mobile devices. If you're wondering which device suits your needs most, check out our Crossplay guide below.